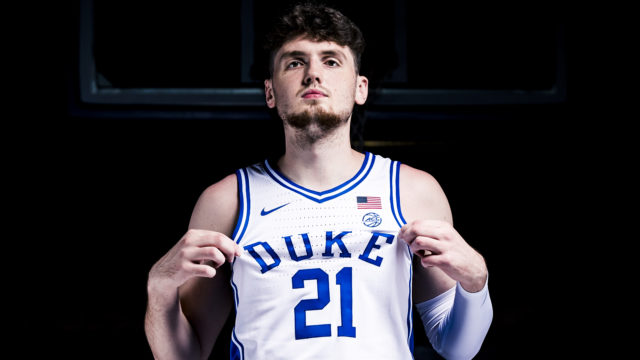 The San Antonio Spurs desperately need to upgrade their shooting this offseason. There are several good candidates who can help them in that regard with one of those being Duke’s Matthew Hurt. The likely second-rounder is a 6-foot-9, 235-pound forward who can play at multiple positions offensively.

While he is versatile offensively, the same cannot be said about his defensive talents. He may be a major negative on that end of the floor as he can only guard one position. His footwork is not great defensively and he will have to put on upper body strength, but there is potential here.

Hurt is definitely one of the better shooters in this draft and that’s despite being one of the less mobile guys as well. He doesn’t blow by anyone off the dribble, but because of added weight this season, he has finished better at the rim. There is still plenty of room for improvement there though. He’s also used his newfound size to post up and efficiently get to the line on nearly 20 percent of his post ups. He’s excellent on his fadeaways and seals well in the paint to get easy layups.

The major struggle for Hurt is that he cannot guard quicker or stronger players. He’s only a passable defender at the collegiate level so that does not bode all that well for when he gets to the NBA. However, if he can get a little quicker and stronger, those worries could be somewhat alleviated. He’s not an elite athlete by any means, but improving his footwork would go a long way in helping him stay on the court.

Hurt should be a solid role player if he plays up to his potential. He has the motor, basketball IQ, and shot-making ability to get there. He should be available to the San Antonio Spurs in the second round if they want to pick him. It might be a slight reach, but anyone picked in the second round will be a project so the Spurs just have to decide if they want to dedicate that time to his development.