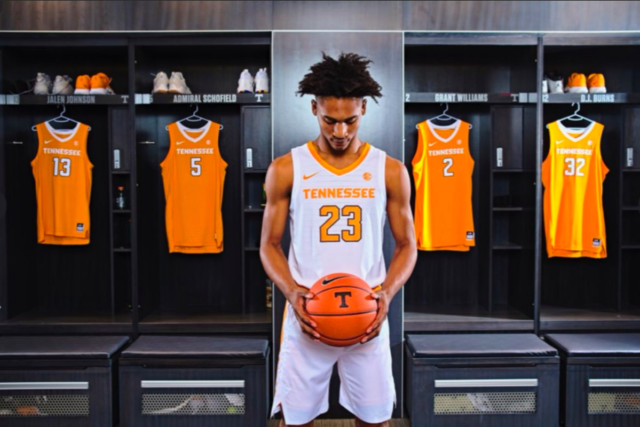 With the 12th pick in the 2021 NBA Draft, the San Antonio Spurs will have plenty of options when it comes time to choose. One of those options could be Tennessee guard Keon Johnson. The 6-foot-5, 190-pound guard is still fairly raw when it comes to his offense, but makes up for it with his athleticism and explosiveness.

Johnson is a streaky shooter at best right now, but his frame (room for growth) and athleticism are what will get him drafted in the lottery. He would be another guard who can defend two or three positions, but would be a bit pigeonholed on offense since he is so limited there. Here are his stats from his lone season in Knoxville.

The quality that San Antonio Spurs fans will enjoy the most about Johnson is his relentless motor and defensive effort. He’s very much Derrick White-like in that he sneaks up on you and gets blocks when the offensive player thinks he’s open at the rim. He’s had a few chase downs, but mostly gets guys right in front of him with his explosiveness and athleticism as he’s an absolute pogo stick off two feet.

The former Volunteer has quick feet and that allows him to stay in front of just about everyone on defense. He can guard at least the two guard positions with potential to guard smaller forwards. He contests everything and recovers well when he does rarely get beaten off the dribble.

Johnson is likely a lottery pick and would be another defensive tool for the Spurs to use if drafted. He would need a couple years for his offense to catch up, but could contribute immediately as an athletic slasher and finisher. He would definitely give the Spurs some more highlight plays at the very worst.