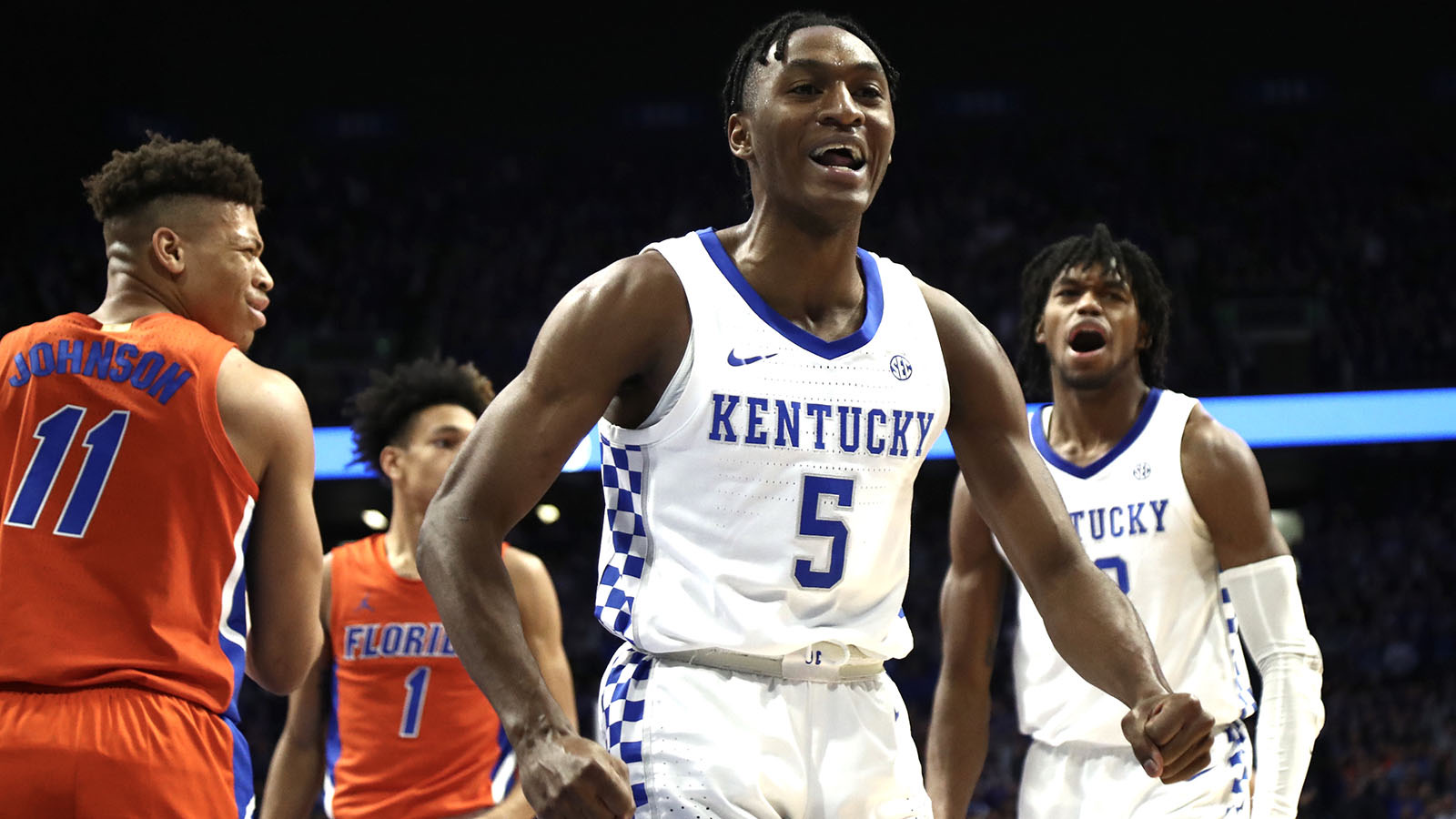 We are officially in the same month of the NBA Draft and that means we are close. The tension is thickening and the excitement is growing. That also means we have another prospect for San Antonio Spurs fans to consider leading into the draft.

This week’s prospect is Kentucky shooting guard Immanuel Quickley. The 6-foot-3, 190-pound guard is a bit undersized at his position, but he is definitely one of the better shooters in this draft if the Spurs feel the need to replace Bryn Forbes with a better defender. Here are some of his stats from this last season.

The SEC Player of the Year came on strong towards the end of the season and showed what he could really do as an off-guard. He utilizes pump fakes well on the perimeter to get his defender to fly by him and get to the mid-range or the rim. He is comfortable shooting at all three levels and does not shy away from contact (although often he doesn’t go seeking it) as he got to the free throw line five times a game.

Quickley will undoubtedly get drafted for his shooting ability and not only from beyond the arc. The 21-year old has a nice running floater as well as a jump-stop floater that he uses to great effect. He’s got great touch on those kinds of shots and hits them straight on as well as along the baseline.

The young man has a slightly unorthodox shooting motion, pushing it forward more than shooting it up. But it works and he shoots the ball consistently enough that it should not matter, especially considering his free throw numbers. While he may be an excellent shooter, he is not a creator and at his height that could be a problem as he is a bit undersized to play shooting guard.

He could turn into a 3-and-D player, but it is going to take a little bit of work for him to get there on the defensive end. He’s a diligent defender and he gets low in his stance, but he can get off-guard at times. He should have racked up more steals in his sophomore season, but he will have a chance to show what he can do in upcoming workouts.

Quickley should get looks in the second round, especially if he falls to the Spurs at 41. He may find himself going late in the first round, but he is likely to come off the board in the early part of the second round.