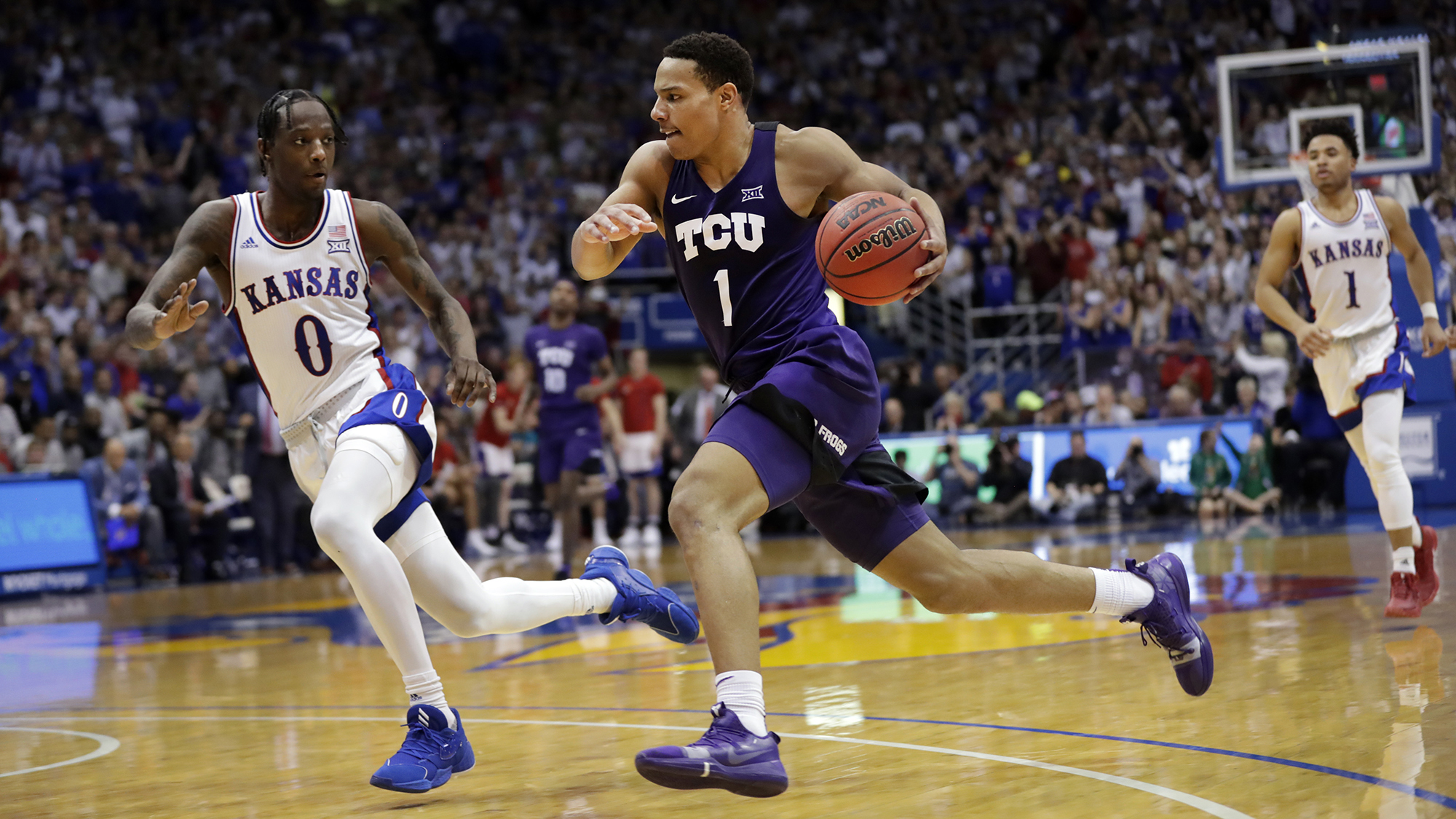 The NBA Draft is officially set for November 18th and so it is up to us here at Project Spurs to continue educating you about some possible draft prospects for this year. This week’s prospect played his collegiate ball right in the Spurs’ backyard.

6-foot-6, 215-pound TCU guard Desmond Bane is one of the better shooters in this draft and might be out of reach for San Antonio in the second round with the way he’s been trending. Here are some of his stats for this past season.

Bane was thrust into more of a ball handler and decision-making role in his senior season as the Horned Frogs had to weather some offseason attrition. He took to it pretty well and increased his assists average by 1.5 from his junior season. He knows his limitations and plays within himself, never trying to do too much or something that’s out of his wheelhouse.

While Bane has a minus wingspan (by two inches), he gets the job done on the defensive end. He works hard and has been described as a scrappy defender. What he may lack in versatility on the defensive end, he makes up for with his shooting on the offensive end. He is an excellent standstill shooter and he moves well off the ball to get open for his shots when he isn’t the primary ball handler.

He’s one of the stronger guards in the draft as he tends to finish when he gets into the lane and does it through contact. He’s well-built at 215 pounds and his willingness to drive through defenders should serve him well in the NBA. He also rebounds well for a guard, which is certainly something the Spurs are used to seeing and could need a lot of depending on how their free agency goes this offseason.

He has been projected as a second-rounder, but has been trending toward being a fringe first-rounder. That may continue to happen as prospects will be able to send workout videos for teams soon. Assuming he has continued working on his game, he could and should impress some teams. However, if he slips to the Spurs at the 41st pick, he would be a nice steal.