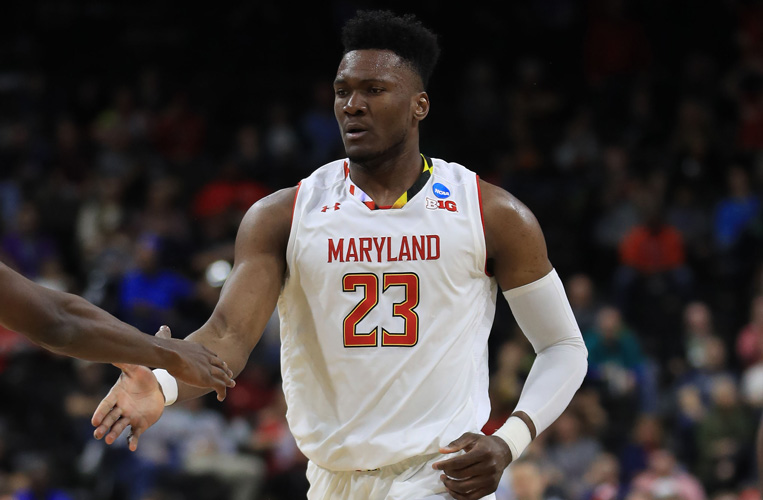 The NBA Draft takes place next week and that leaves us with two more potential Spurs prospects to get through. This week’s prospect to watch is Maryland big man Bruno Fernando. The 6-foot-10, 237-pound has an NBA-ready body and some skills that definitely project to the next level. However, he would likely be a bit of a project on the offensive end.

Fernando is a strong defender and rebounder who would be a nice rim protector should the Spurs select him. He would likely fall to them at the 29th pick and there is an outside chance he falls to the 49th pick with how some mock drafts have been slating him. Here are his stats from the season:

Strengths of Fernando’s game include his physicality, motor and athleticism. He bullies people in the post, crashes the boards hard on both ends and has excellent mobility for someone his size. He also has a shot that has shown improvement in his two years in College Park. That skill will take the longest to develop, his shooting at the free throw line has a lot of people thinking positively about what that might mean for his range in a few years.

The former Terp is fairly comparable to Bam Adebayo for the Miami Heat. Neither really has an outside game, but they do a lot of the activities that don’t show up in the box score. They get extra possessions with rebounds or tip outs, they have never-ending motors and aren’t afraid to mix it up in the land among the trees. Fernando will likely find some minutes as a defensive specialist if he can cut down on fouling and protect the rim the way everything believes he will.

Fernando also struggles with handling the ball and led his team in turnovers despite his position and role. However, he doesn’t have any glaring issues outside of his shooting right now. He would be a nice get at 29 as he likely won’t make it past the early parts of the second round for the Spurs to grab him at 49.