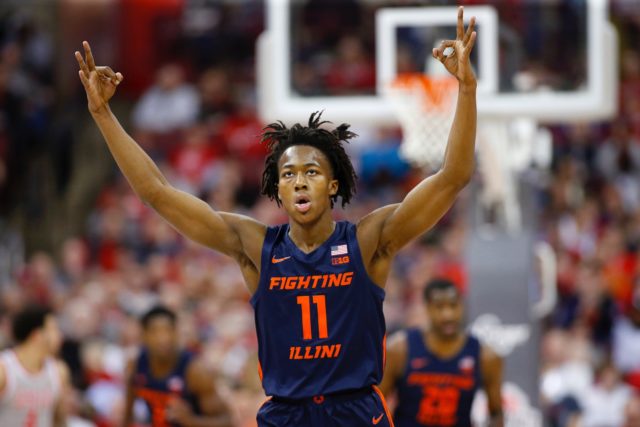 The San Antonio Spurs are certainly in desperate need wings and big men, but they may also find themselves needing a guard this offseason. That guard could be Illinois junior Ayo Dosunmu. The 6-foot-5, 200-pound shooting guard could provide some punch off the bench.

His defense has improved over his three years and his offensive game has been superb. He could be available to the Spurs with their first round and could be a good one depending on where the pick lands. Should he drops into the twenties, he becomes a highly valuable pick. Here are his stats for the past season in 28 games.

Dosumnu can go out and get his shot pretty much whenever he wants. He’s a good combo guard who could be a second facilitator on a team, but probably shouldn’t be asked to be the main point man. He uses screens decently and finds his bigs when they roll to the rim. He is not a reluctant passer at all, but he can be loose with the ball. That led to a jump in his 3.3 turnovers a game this season.

The offense won’t be a problem and when he’s engaged, he’s an excellent defender. He plays passing lanes well, stays down in his stance, and plays solid help defense. He moves well to stay in front of his man and can likely play at two positions on offense and defense.

The Illini guard is best in transition as he makes quick decisions and the right ones more often than not. He is not a supreme athlete and doesn’t explode like some other guards at his size. He plays under the rim most often, which could limit his potential, but he finishes well despite that.

Dosumnu has hit some clutch shots throughout his career and generally shows up in big moments. He is slotted anywhere between a late lottery pick and an early second rounder. Should he be available to the Spurs in the later stages of the first round or at the beginning of the second, it would be a great value pick.