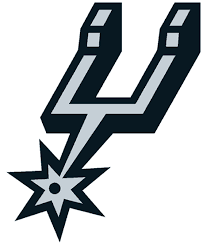 and not nationally according to Mavericks’ owner Mark Cuban:

“It’s appreciated in Texas,” Cuban said. “But outside the state of Texas they don’t give a [hoot].

Spurs and Mavericks players chime in on the rivalry:

• With the NCAA Tournament underway, Express News’ Tim Griffin talks about new Spur Danny Green as the only Spurs player with an NCAA title ring.

• NBA.com looked at the best bench lineups and the San Antonio Spurs have the best:

But the No. 1 offensive lineup in the league is also a bench unit. The Spurs‘ lineup of George Hill, Gary Neal, Manu Ginobili, Matt Bonner and Antonio McDyess barely meets the 100 minutes requirement, but has been amazingly efficient.

That Spurs lineup edges out the Bulls’ lineup of Rose, Brewer, Luol Deng, Gibson and Asik as the best bench lineup in the league overall. And yes, Ginobili, Rose and Deng are all starters.

• Take a listen to the catchy theme song “Go Coach B” from Matt Bonner’s “Fundamentals of the Game” series and download it at Spurs.com.

Go Coach B by Bodega Girls by SanAntonioSpurs

Hit the jump to read on how you can win free tickets to the Spurs-Portland Trail Blazers in San Antonio this month, a former Spur is listed as a top 10 player, where you can see Matt Bonner in San Antonio and more.

• RedsArmy.com is keeping a close eye on the Spurs as the playoffs approach.

• Former Spur Corey Crowder is happy to help his son Jae Crowder who plays for Marquette.

• If you are in San Antonio on March 30, Matt Bonner will be making a public appearance. Click HERE to find out where.