• The San Antonio Spurs own the NBA’s best record at 40-7 but according to ESPN’s Chris Forsberg, the 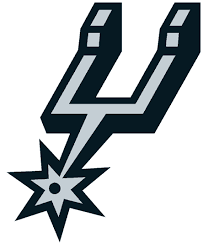 Give San Antonio credit for feasting on the lesser opponents, a 22-1 record against teams below .500 this season. That’s an area where Boston hasn’t been able to always keep its focus.

But, heck, before the Celtics even beat his team three weeks ago in a battle of conference juggernauts, Spurs coach Gregg Popovich admitted his team was a cut below Boston.

“We’re a significant notch below the big boys, and, of course, Boston being one of the big boys,” Popovich said. “Boston [was] third in defensive field goal percentage. Those are the kind of stats we used to have defensively. Right now, I think we’re a good basketball team. We have to step up defensively. Luckily, it’s early. Maybe I can get these things across.”

• Express News’ Tim Griffin reports Matt Bonner will be on the Rodeo Road Trip but will not play against the Portland Trail Blazers.

“I think they’re playing extremely well, so it doesn’t matter if they’re going on a rodeo trip or if they had nine at home,” point guard Jason Kidd said. “They’re playing well at home and on the road, so for us we can’t worry about San Antonio or anybody else.”

After shoot around this morning, Mavs coach Rick Carlisle shrugeed his shoulders when asked about the Spurs’ rodeo trip. Then he said: “Just looking at us.” (source sportsblogs.star-telegram.com)

• Seems the GM of the Atlanta Hawks Rick Sund looks to the Spurs as a model for chemistry for the Hawks:

While the Hawks are exploring trade options, they truly believe continuity will be the key to getting out of the second round of the playoffs this season, must as continuity has helped the West-leading San Antonio Spurs.

• Here is Spurs’ coach Gregg Popovich and Tim Duncan on whether Duncan will make the All-Star game in February:

“I think Tim’s got a good shot. There’s a lot of good players out there, in all seriousness,” said Spurs coach Gregg Popovich, who will coach the West.

“We wouldn’t be in the position we’re in, record-wise, if Timmy wasn’t out there doing what he does night after night, and his consistency. So when I look across the board, I would hope he makes the All-Star team.”

Popovich can’t vote for his own players and doesn’t believe in lobbying coaches on behalf of players – not that Duncan would want the help.

“I’m not thinking about that right now,” he said. “I don’t have an opinion on whether I’m making the All-Star team or not.” (source nationalpost.com)

• Former Spurs player Bobby Simmons is giving back to the community:

“I’ve seen so many families who need space for housing,” said Simmons, who began his ninth season in the NBA with the San Antonio Spurs and is currently a free agent. “There are so many people living under one roof. And even with subsidized housing, there’s only so much money they can spend.”

“Wanting to help others comes from my upbringing, and I know every man wants to provide his family with a big house surrounded by a white picket fence.

“Lots of people do stuff like this for the PR, and they want to make sure everyone knows about it. I do it—just because.

“I do it, basically, because I really do care.”

Simmons has a plan to one day build a local boxing facility for youngsters where violence comes in the form of a right hook rather than a stray bullet. Simmons is a huge boxing aficionado who has trained in the sport and sponsors a local fighter.

There is the Bobby Simmons Rising Stars Endowment Fund in which he has donated $250,000 to help give underprivileged students a chance to attend DePaul.

“This is for the kids who get good grades but can’t afford to go to college,” Simmons said. “These are the ones I want to change from just being another sad statistic.” (source depaulbluedemons.com)