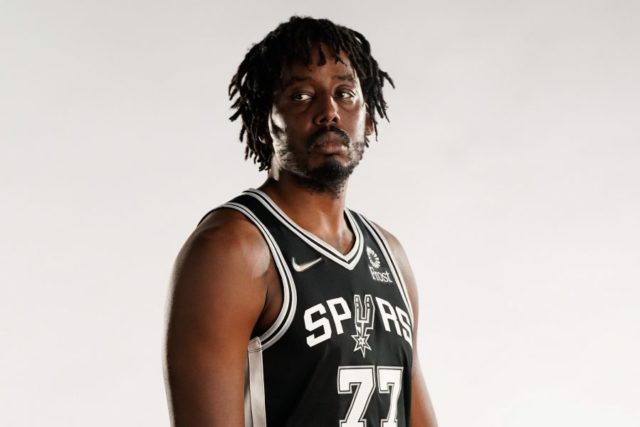 Throughout the San Antonio Spurs preseason, one question persisted. The Spurs were carrying several players on guaranteed contracts over the 15-man limit. Which route would they take to trim the roster to the max by the 4 p.m. deadline today?

They answered the first part of that question in a polarizing decision to move past the Luka Samanic experiment in San Antonio last week. He was waived and quickly signed to a two-way contract by the New York Knicks.

That move took them down to 16 players, and it seemed to be between veteran forward Al-Farouq Aminu or returning swingman Keita Bates-Diop in regards to who would receive the final roster spot. Earlier this afternoon, the Spurs decided they would waive Aminu.

He was on the final year of a contract and is owed around $10 million this season. He was acquired by the Spurs in August in the trade that sent DeMar DeRozan to the Chicago Bulls in exchange for Aminu, Thaddeus Young, and future draft picks.

Aminu played in just one preseason game for the Spurs, and while he’ll likely land somewhere else that is looking for veteran talent, several teams are currently in the process of making final cuts.

The Spurs still have one two-way contract available to them. Jordan Burns and former Knick Damyean Dotson, who the Spurs recently signed to camp deals and waived, could be candidates for the remaining contract.

There could also be more team news later today, as the Spurs have until the end of the day to sign guard Lonnie Walker IV to an extension on his rookie contract.