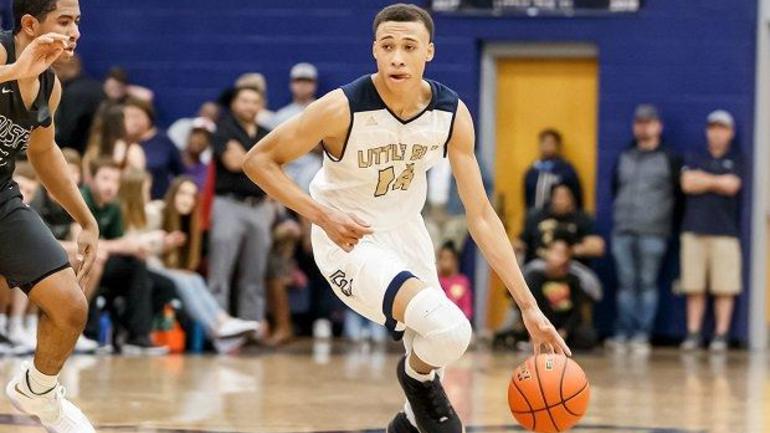 San Antonio Spurs Head Coach Gregg Popovich might be busy coaching up Team USA for FIBA competition and some friendly matches, but that doesn’t mean we can’t already talk about the upcoming season. That includes possible draft prospects and while the Spurs should not expect to be on the outside of the playoffs looking in, I have you covered for any potential lottery picks they could draft.

The first player in our lottery watch series is 6-foot-5 combo guard RJ Hampton. He made some waves this summer when he decided to forego his freshman year of college and play overseas for the New Zealand Breakers. So he won’t be easily watchable on television this season, but he does come over to play against two NBA teams in the preseason. So he should get a chance to show how NBA-ready he is and if he truly is a potential top-5 pick.

Hampton has drastically improved his mid-range game from his junior to senior seasons in high school while also committing to driving the ball to the cup. He has always been good at getting to the rim and finishing with his athleticism and balance, but will have to put on more weight if he wants to keep it that way at the NBA level. He’s just as comfortable taking over an offense as he is running one and he can create his own space off the bounce. He’s gotten considerably better with his floaters and runners, making him all that much more dangerous in the key.

He has become a better three-point shooter over his high school career and it should translate to the FIBA three-point line. However, we really won’t get to see him truly shoot it from deep unless he shoots it exceptionally well from almost two feet beyond that line — about where the NBA line resides. Getting a full season of shooting at that distance under his belt should certainly help and it is the same distance that college will be using this season too.

Of course, none of this may matter if the Spurs make the playoffs or retain all of their young guards. But it’s always good to be prepared for any situation that may arise.