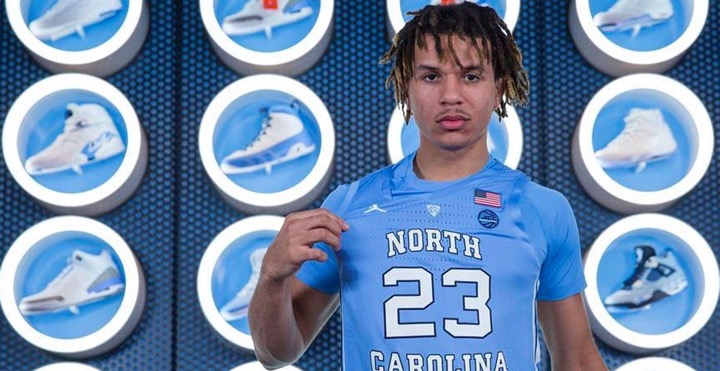 The San Antonio Spurs are not expected to be picking in the lottery during the 2020 NBA Draft, but that doesn’t mean we should not prepare for the worst. If the Spurs are picking higher than 15th, it could also mean that they made a trade and will be in need of a high caliber player to replace whoever they gave away.

Having said that, let’s dive into this week’s prospect watch in UNC guard Cole Anthony.

The 6-foot-2 point guard and son of former NBA guard Greg Anthony, Cole will play for the Tar Heels this season and should be one of the more exciting players to watch in college basketball. Jerry Meyer, 247Sports’ director of scouting, said that Anthony could be the best guard he’s scouted in over 15 years.

However, his biggest knock is that he’s a bit on the short side. He’s not a great defender right now and switching him on screens — as is the trend in the NBA right now — would be less than ideal. While he does get some nice chase down blocks in transition, he does tend to leave his feet unnecessarily at times on defense and that exposes the rest of the defense to bad shifts or improper box-outs.

Anthony’s offensive game is on a completely different level than his defense though and getting buckets usually makes up for a multitude of sins. He has become a greatly improved three-point shooter and has shown consistent results and mechanics with his shooting from beyond the arc. He was already an excellent finisher at and around the rim and he seeks contact whenever he drives, which gives him a ton of and-1 opportunities.

The current Tar Heel has the pedigree, basketball IQ and is already getting comparisons to Derrick Rose and John Wall by the same Jerry Meyer mentioned earlier. He isn’t particularly flashy with his handles, but he makes the right read more often than not and gets his teammates involved well in the flow of the game. He can score at all three levels and has shown a knack for some tricky shots on runners and floaters too.

He’s likely to get drafted in the top five assuming a team needs a point guard. At the very least he will be a lottery pick, and certainly one to keep an eye on this college basketball season.