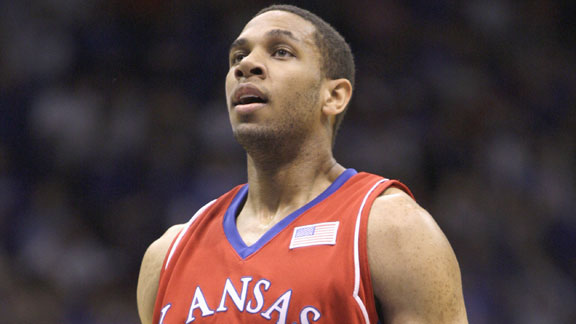 With the San Antonio Spurs selecting at number 20 in the first-round of the 2010 NBA Draft, and unless they move up in the draft, the Spurs could be leaning towards selecting Kansas shooting-guard Xavier Henry according to Sean Deveney of the Sporting News:

Kansas SG Xavier Henry expects to be a workout warrior in the coming weeks. He has workouts lined up with teams as high as the Pistons at No. 7, all the way down to the Spurs—who are rumored to be very interested in Henry—at No. 20, unless San Antonio trades up.

“It is going to be busy, but I am getting myself in shape for that,” Henry said. “I had a workout at Chicago. I’ve got Houston, the Spurs, and beginning in June, I will have the Clippers, Utah, Toronto, Detroit. Maybe Memphis. It is going to be a busy time.”

Henry worked out with the Spurs last month with Paul George from Fresno State.

Interesting to me is based on the type of players the Spurs have been working out is most have been guards and not what the team really needs — a legit big-man for the center position.