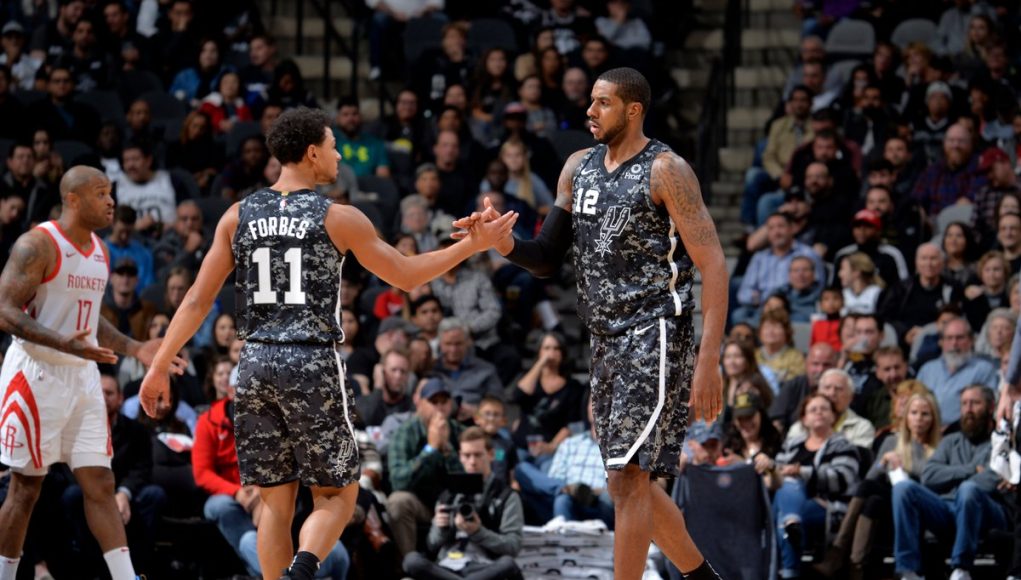 SAN ANTONIO – The San Antonio Spurs held off a late run for a 96-89 victory over the Houston Rockets (4-7) at the AT&T Center on Saturday night.

The win snaps a two-game losing streak for the Spurs, who won the first of four meetings against the Rockets this season.

“It was a good win,” Spurs head coach Gregg Popovich said. “Two teams who compete hard against each other. It’s a game of mistakes and both teams made a lot of mistakes but down the stretch, we made a few more shots.”

Here is what went good and bad for the Spurs, as well as three standout players: LaMarcus Aldridge, Derrick White, and Bryn Forbes.

The All-Star forward keep grinding and pounding after struggling in the first half, carrying the team on his back like much of what we saw last season.

Aldridge finished with 27 points and 10 rebounds on Saturday night. He shot 10-for-21 from the floor and cleaned up on the glass against Houston’s Clint Capela. He popped out for the mid-range jumper and banged with Capela down low.

“LaMarcus obviously scored for us but he was great on D,” Popovich said.

The second-year point guard missed time with a heel injury but made his debut in Miami earlier this week. He was determined to put together a better performance at home and he did just that.

White finished with 14 points and eight assists in just his second game of the season. He went 1-for-2 from three-point range but said after the game he is only going to get better with each passing game.

“I just want to grow and learn from each game,” he said. “I’ll try to learn when I did and didn’t do well today and be better the next game.” 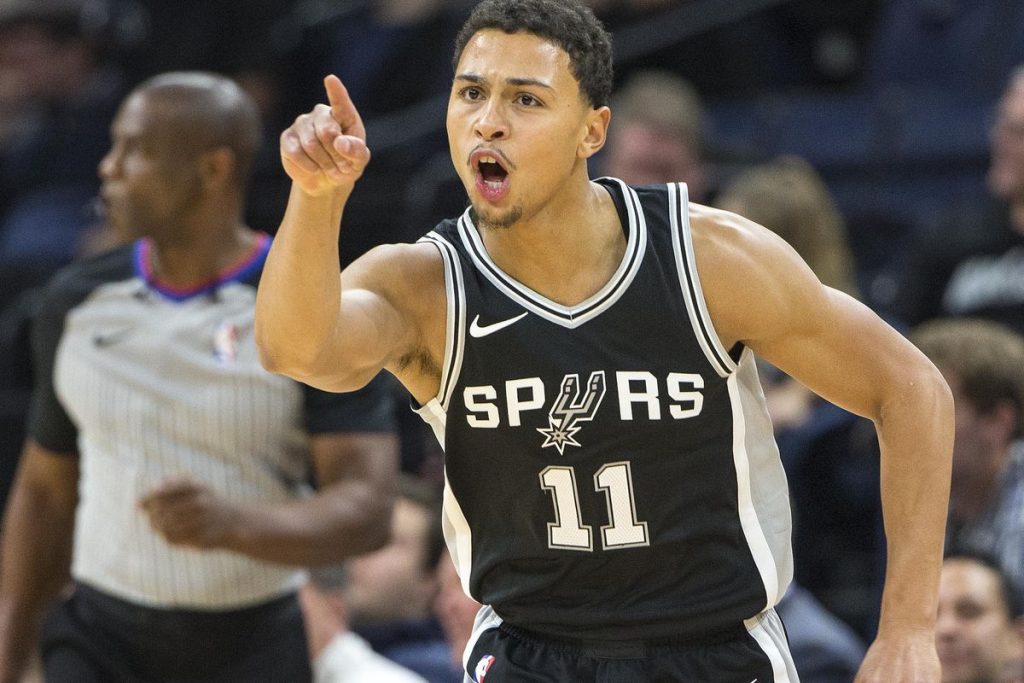 The former Michigan State Spartan continues to light it up with his shooting and put on another solid outing on Saturday. It left little to the imagination what the backcourt can look like for San Antonio when White gets more comfortable with Forbes on the court.

Forbes finished with 13 points on 5-for-13 shooting but he went a perfect 3-for-3 from three-point range.

He may get flack for his defense but when Forbes is shooting like this, it makes things easier for everyone.

“He takes a lot of pressure off of everybody,” White said. “He’s been big all year and he’s only getting better.”

The Spurs are now 7-4 on the season and will return to the court on Monday night when they open a three-game road trip in California against the Sacramento Kings (7-6) at Sleep Train Arena at 9 pm Central Time.