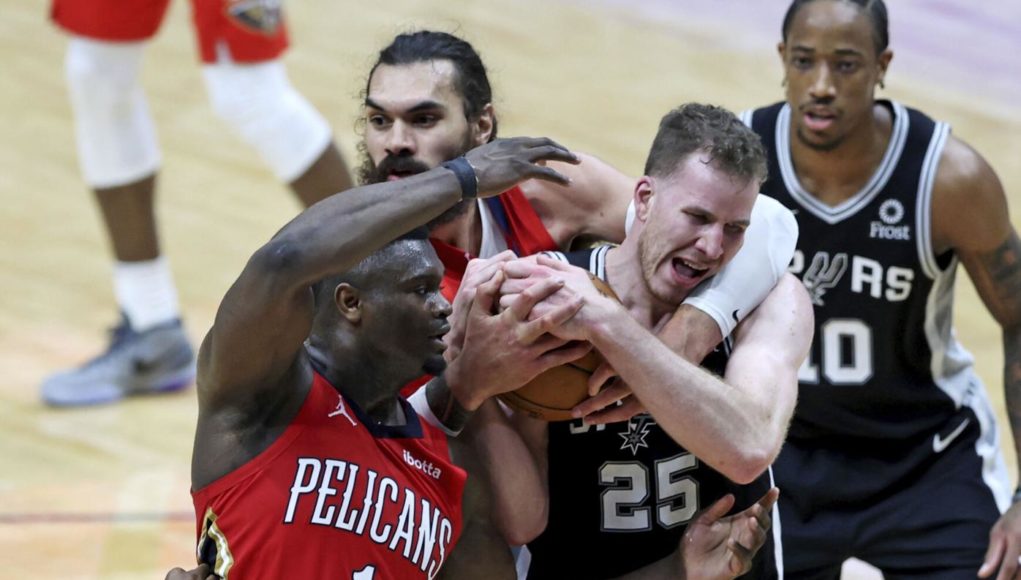 The San Antonio Spurs held off a late charge by the New Orleans Pelicans to grab a 110-108 victory over the Pels at the Smoothie King Center on Saturday night.

The victory is the second straight for San Antonio, who improved to 17-10 on the road with the win.

San Antonio was led by DeMar DeRozan’s team-high 32 points, with 11 of those coming in the fourth quarter. With the Spurs holding a narrow one-point lead, DeRozan scored four straight points to pad the lead for the silver and black.

”He seems to never get tired, and he’s always ready to go,” Spurs coach Gregg Popovich said of DeRozan. ”He wants the ball, he wants to score, but he’ll get it to his teammates if that’s appropriate. He loves being in that situation. He’s the best on our team with that.”

Derrick White added 22 points for the Spurs, hitting four three-pointers. Keldon Johnson chipped 14 points for San Antonio, who padded their lead in the standings for the play-in tournament and are just three games out from an automatic playoff berth.

Zion Williamson led the Pelicans with 33 points and 14 rebounds, and Brandon Ingram had 24 points, six rebounds and six assists. With the loss, New Orleans’ play-in chances became that much more difficult as they trail the Golden State Warriors by four games for the final spot.

The Spurs are now 30-29 on the season and will return to the court on Monday night when they face the Washington Wizards at 6 p.m. from Capital One Arena.