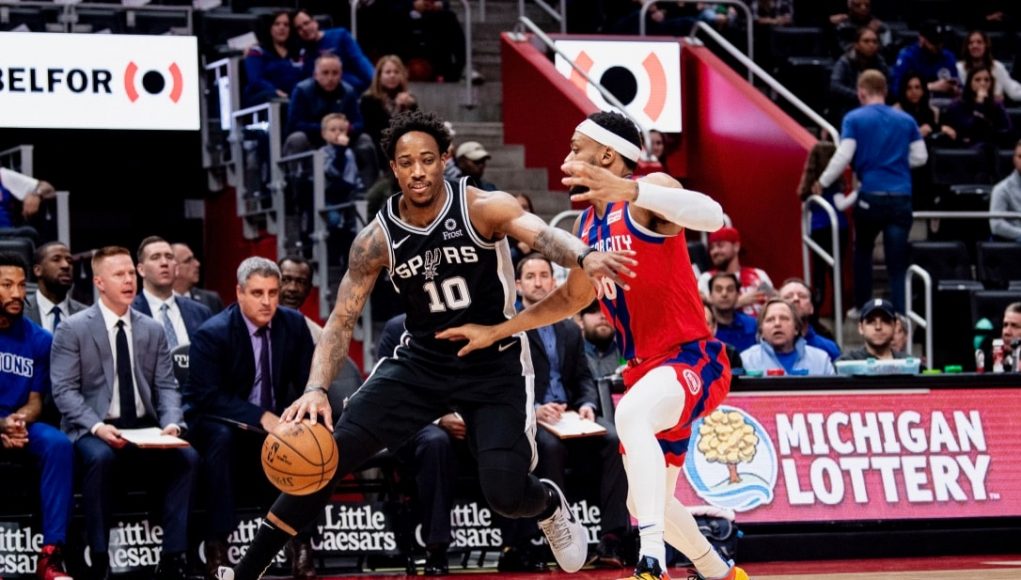 Less than 48 hours after defeating one of the NBA’s best teams in a stellar effort, the San Antonio Spurs fell 132-98 to the Detroit Pistons (7-13) at Little Caesars Arena on Sunday afternoon.

The loss is the 13th in the last 16 games for San Antonio, who will face the high-powered offense of the Houston Rockets on Tuesday night.

“Yes, I’m disappointed,” Spurs Head Coach Gregg Popovich said. “We came out aggressively in our last game against the Clippers and we had energy and execution at both ends. They scored 97 and tonight we gave up 132.”

After trailing by eight points at halftime, the Pistons took control in the third quarter. Detroit outscored San Antonio 37-20 in the period and went on a 14-0 run to take full control.

DeMar DeRozan led the Spurs with 20 points on 50 percent shooting. Rudy Gay added 12 for the Spurs, who were without LaMarcus Aldridge, who missed the game with a sore thigh.

“This was another night where we gave up 3-pointers and didn’t make any,” Popovich said. “But I think they did everything better than we did tonight.”