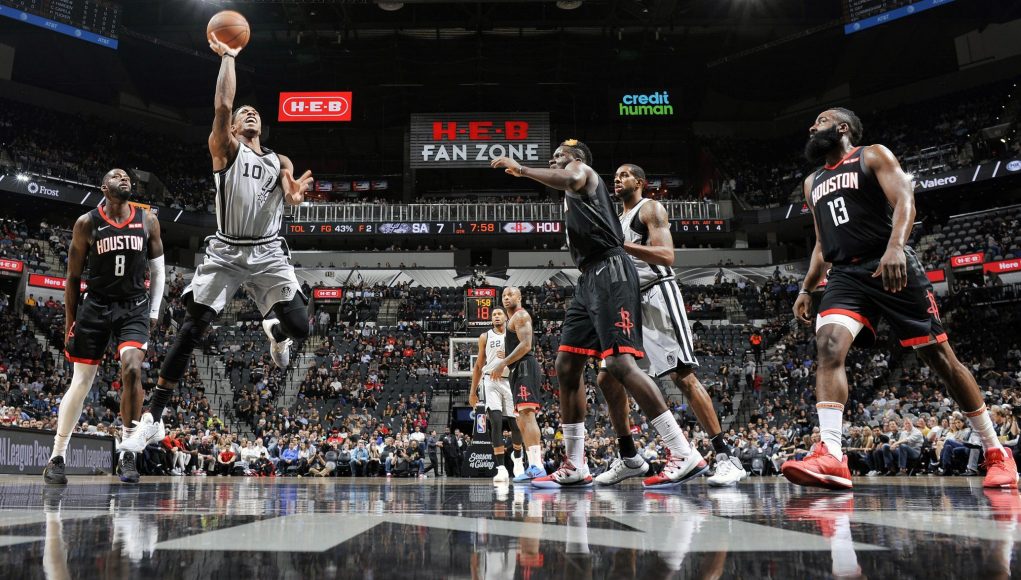 SAN ANTONIO – The San Antonio Spurs continued their sloppy play and poor defense in a 136-105 blowout loss to the Houston Rockets at the AT&T Center on Friday night.

The loss was the second straight and the fifth in the last seven games for the Spurs. San Antonio fell 128-89 to the Minnesota Timberwolves on Wednesday night in a game where they trailed by as many as 40 points.

“We are obviously discombobulated on offense,” Spurs head coach Gregg Popovich said. “A lot of that has to do with me, so I have to do a better job there. Defensively, we obviously have to shore up our effort and our wisdom at that end. So, we have a lot of work to do.”

San Antonio came out sloppy in the first quarter, turning the ball over six times in the opening four minutes. That resulted in Houston getting open three’s on the fast break as they built a 39-23 lead after the opening period.

The Rockets did their damage from beyond the arc and put the final nail in San Antonio’s coffin after halftime. Houston lit up the scoreobard for 40 points in the third quarter and finished the game with 22-made three-pointers.

Clint Capela led the Rockets with 27 points and 12 rebounds and James Harden added 23 for Houston (10-11), who snapped a four-game losing streak with the victory. Eric Gordon and Chris Paul chipped in and combined for 40 points.

Meanwhile, it was a very different story for the guys in the grey uniforms. Missed shots and turnovers saw Houston go on a run and the Spurs would never truly recover. LaMarcus Aldridge led San Antonio with 20 points on 7-of-16 shooting from the floor, making it the first time the Spurs have lost this season when he scores 20-plus points.

DeMar DeRozan added 18 points and Bryn Forbes chipped in 10 for San Antonio, who lost their last two games by an average of 35 points.

“We have to keep our heads up,” Spurs guard Patty Mills said. “This is the third game where we haven’t played how we want to play. At this time its about keeping heads up, good vibes, and good energy. That’s all you can do in this situation.”

The Spurs are now 10-12 on the season and will return to the court on Sunday night when they welcome the Portland Trail Blazers (13-8) at 6 pm Central Time from the AT&T Center.