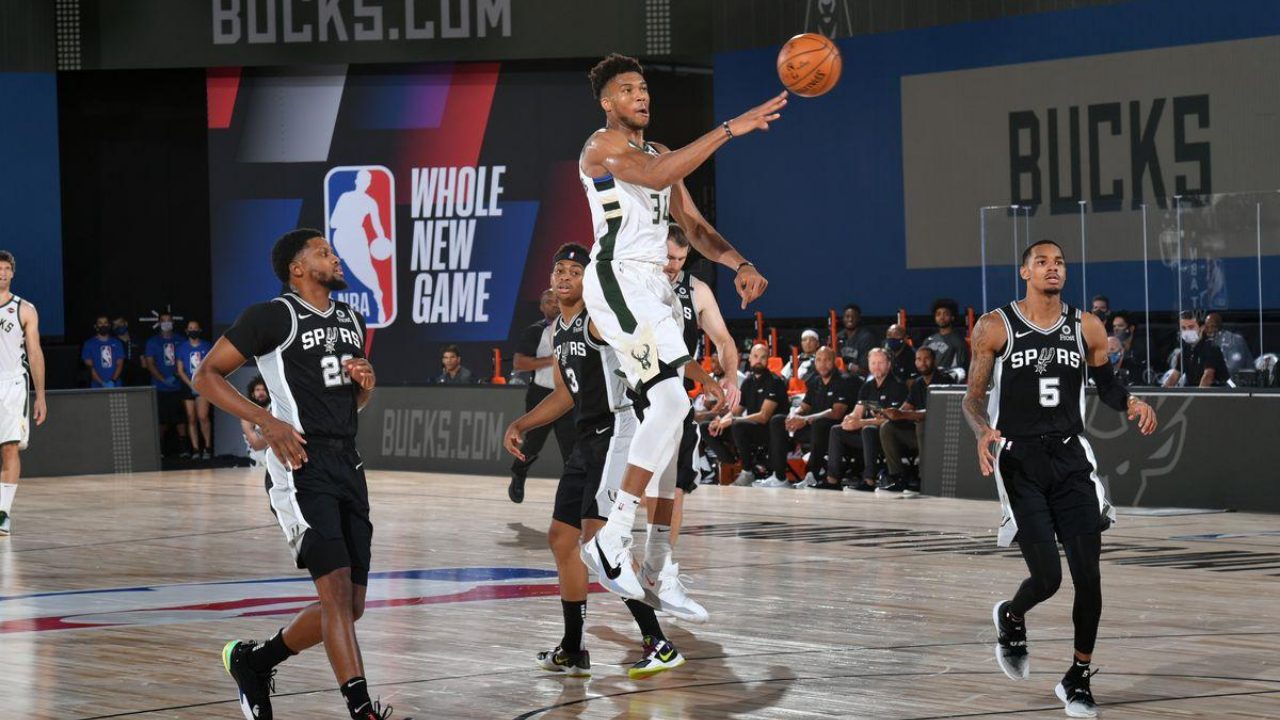 The San Antonio Spurs returned to the court for the first time in four months as they fell 113-92 to the Milwaukee Bucks at the Visa Athletic Center at Disney World as part of the NBA Restart.

San Antonio played without LaMarcus Aldridge and Trey Lyles, who will both miss the remainder of the season with injuries. As a result, Jakob Poeltl and Lonnie Walker IV shifted into the starting lineup and assistant coach Becky Hammon was the acting head coach for today’s game.

The Spurs played a solid first half, trailing 47-41 at the break. Milwaukee opened the game in the third quarter, outscoring San Antonio 38-26 to take control of the game and never look back.

One bright spot for the Silver and Black was rookie Keldon Johnson, who came off the bench to score 11 points. He added five rebounds and two assists on 50 percent shooting.

The Spurs will return to the court on Saturday when they face the Brooklyn Nets at 3:30 p.m. Central Time for the next scrimmage.