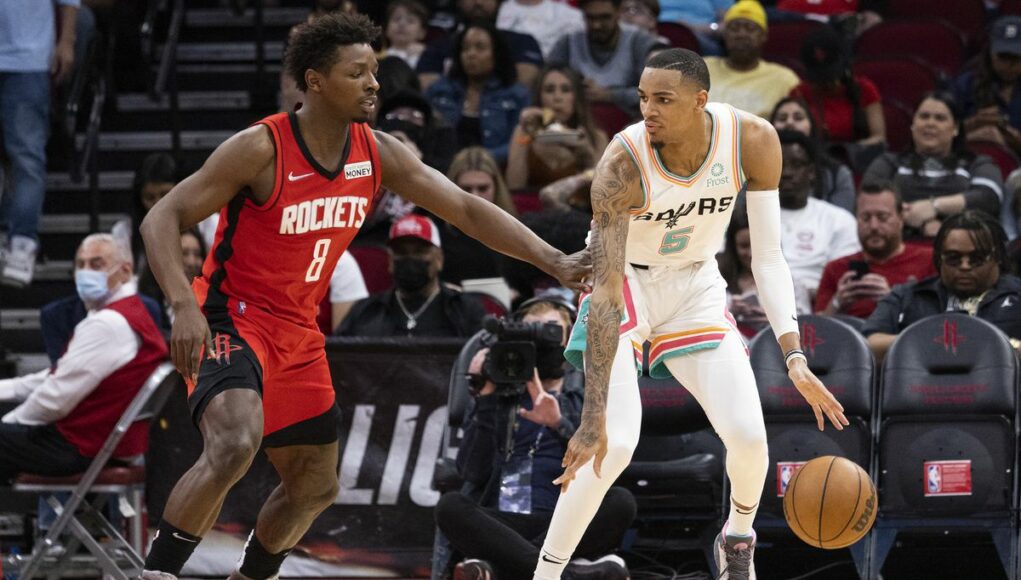 The San Antonio Spurs held off a late run by the Rockets on Monday night, escaping Houston with a 123-120 victory.

The victory moved San Antonio within a half-game behind the struggling LA Lakers for the final play-in spot in the Western Conference.

”We hung in there and got it done so I’m proud of the guys,” Spurs coach Gregg Popovich said.

Keldon Johnson had 21 points and Jakob Poeltl added 17 points to go along with 13 rebounds for San Antonio, who won their fourth straight.

Dejounte Murray scored a career-high 33 points to lead the Spurs.

”He’s been special this year,” Popovich said of Murray.

With several injuries to Houston, the Spurs dominated in the paint and outscored the Rockets 72-30.

San Antonio played without Lonnie Walker once again but Josh Richardson filled in nicely with 15 points off the bench.

Rookie Jalen Green had 30 points and Kevin Porter Jr. added 26 for the Rockets. Kenyon Martin Jr.’s three-point attempt at the buzzer went around the rim and out, sucking the life out of the Toyota Center.

”I see growth in this group it seems like every day,” Houston coach Stephen Silas said. ”Even when we lose I feel like there are moments where we grow.”

The San Antonio Spurs are now 31-44 on the season and will return to the court on Wednesday when they face the surging Memphis Grizzlies at 7:30 p.m. from the AT&T Center.