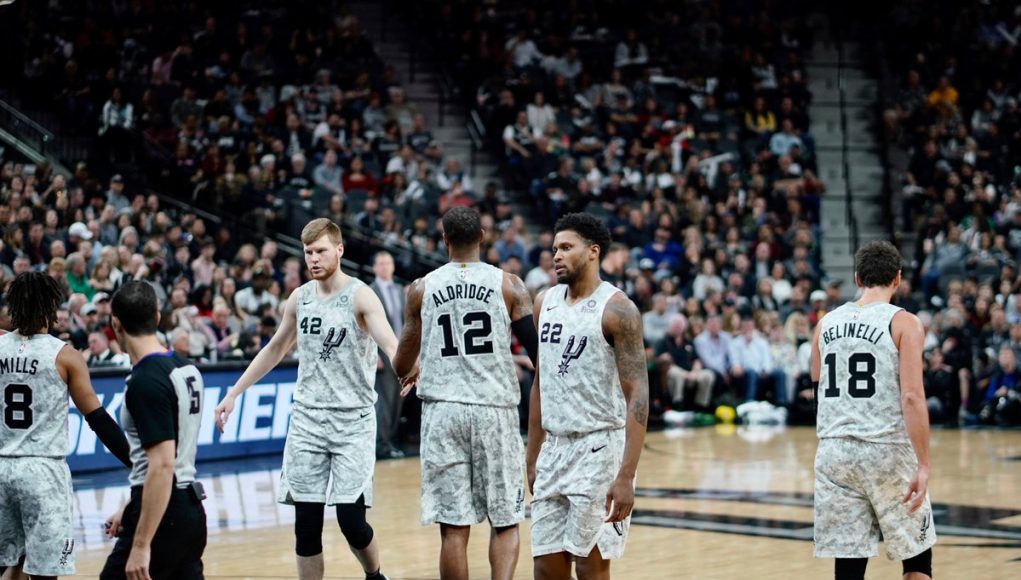 SAN ANTONIO – The San Antonio Spurs extended their winning streak to an NBA-best eight games as they defeated the Portland Trail Blazers 108-103 at the AT&T Center on Saturday night.

The win was not only the eighth straight overall for San Antonio but it was their tenth straight victory at the AT&T Center. The Spurs have not lost at home since a 103-95 loss to the LA Clippers on January 20.

“We worked hard for 48 minutes,” Spurs coach Gregg Popovich said. “We were up and then we were down but they kept playing. They understood it was a long night. We stuck with it.”

Meanwhile, for Portland (42-27), they were led by Damian Lillard’s game-high 34 points. Jusuf Nurkic added 24 for the Blazers, who completed a back-to-back set after winning in New Orleans just 24 hours prior.

Spurs guard Bryn Forbes chipped in 11 points, including going 2-for-3 from beyond the arc in the game.

The Spurs are now 41-29 on the season and will return to the court on Monday night when they welcome in the defending NBA Champion Golden State Warriors (47-21) at 7 pm Central Time.