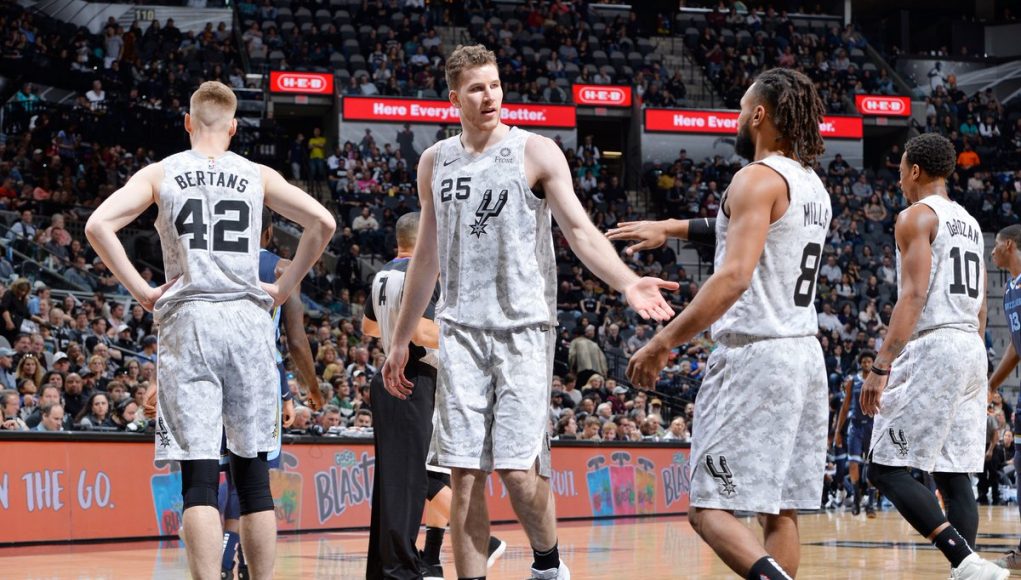 The San Antonio Spurs closed out their homestand with a 108-88 victory over the Memphis Grizzlies (-) at the AT&T Center on Saturday night.

The win was the fourth straight for San Antonio, who swept their three-game homestand and have won 12 of their last 15 games overall.

“We did well,” Spurs coach Gregg Popovich said. “We had some periods where we couldn’t score for a period of time. That’s the NBA it goes back and forth. You just got to have different periods where you have to hang in.”

After a struggle in the first quarter, the Spurs blew things open in the second as they outscored Memphis 37-19. After DeMar DeRozan’s big night against his former team, he had a quiet 12 points against the Grizzlies. But his scoring load was not needed on Saturday.

Derrick White picked up the slack in that department as he finished with 19 points and LaMarcus Aldridge added 18. Patty Mills and Jakob Poeltl combined for 26 off the bench to lead the second unit.

“He’s doing a lot of good things,” Popovich said of White’s recent play. “He’s improving because he has skills and he is becoming more confident in how to use them. He’s feeling free out there and not worried about making mistakes. He is doing a fine job.”

The Grizzlies were led by Mike Conley’s 21 points and Jaren Jackson Jr’s 15 points. Memphis started the fourth quarter by cutting into the San Antonio lead and went on a 7-0 run and cutting the 24 point deficit to 17. This forced Pop to put in Aldridge and DeRozan, from there the Spurs would not let the Grizzlies get any closer.

The Spurs are now 23-17 on the season and will return to the court on Monday when they take on the Detroit Pistons (17-20) at 6 pm Central Time from Little Caesars Arena.