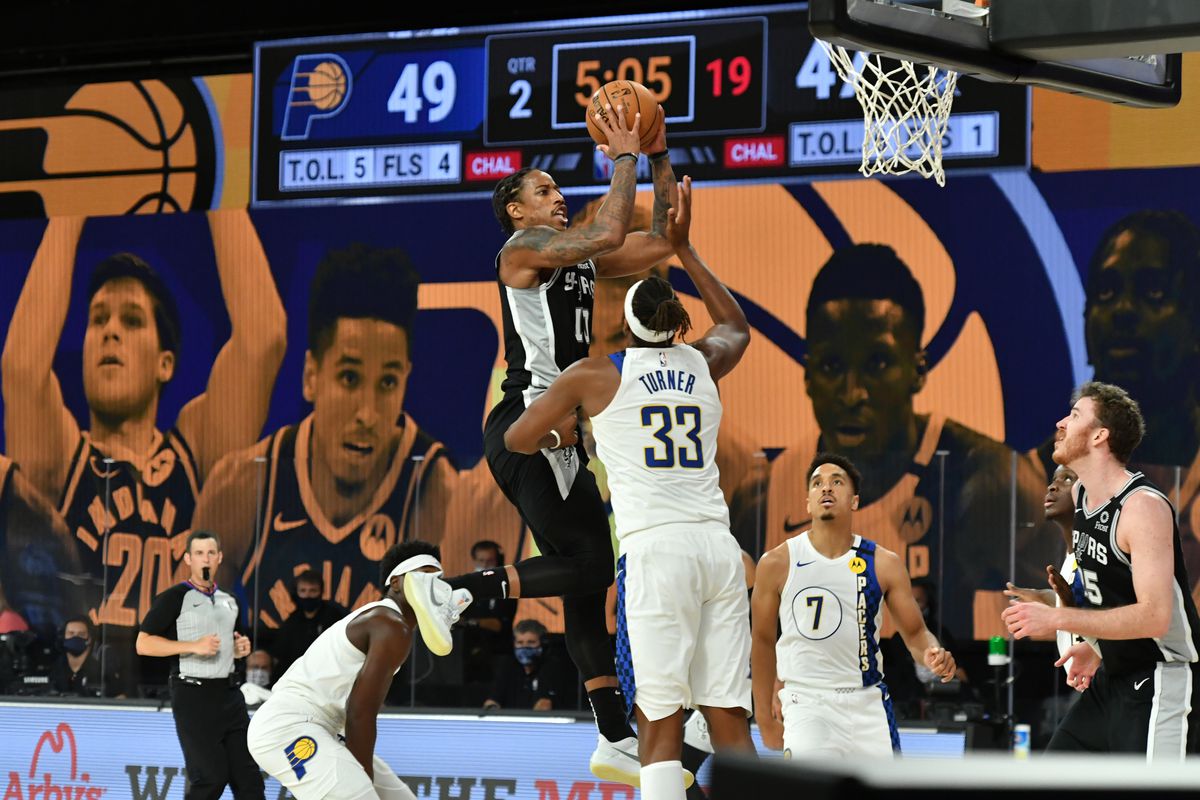 The San Antonio Spurs closed out their scrimmage schedule with a 118-111 win over the Indiana Pacers at the NBA Bubble in Orlando on Tuesday afternoon.

Lonnie Walker IV and Derrick White got the start next to Dejounte Murray, DeMar DeRozan, and Jakob Poeltl for the third straight game. A main difference in the game was the third quarter, where San Antonio outscored Indiana 31-23.

Rookie Keldon Johnson had 21 points off the bench on 87 percent shooting, three rebounds, and three assists. The former Kentucky Wildcat played 25 minutes and was aggressive on both ends of the floor, a welcome sight for Spurs fans.

Rudy Gay led the team with 23 points, his best performance in the scrimmage games. He also had four rebounds, five assists, and a steal. DeRozan rebounded after struggling the first two scrimmages with 17 points on 8-of-13 shooting.

The Spurs kept the turnovers to a minimum with 12 for the game, a much better effort on taking care of the ball. As a result, they led by as many as 14 points.

Indiana was led by Myles Turner’s 17 points and T.J. McConnell added 14 off the bench.

The Spurs will resume the regular season on Friday night against the Sacramento Kings (28-36) at 7 p.m.