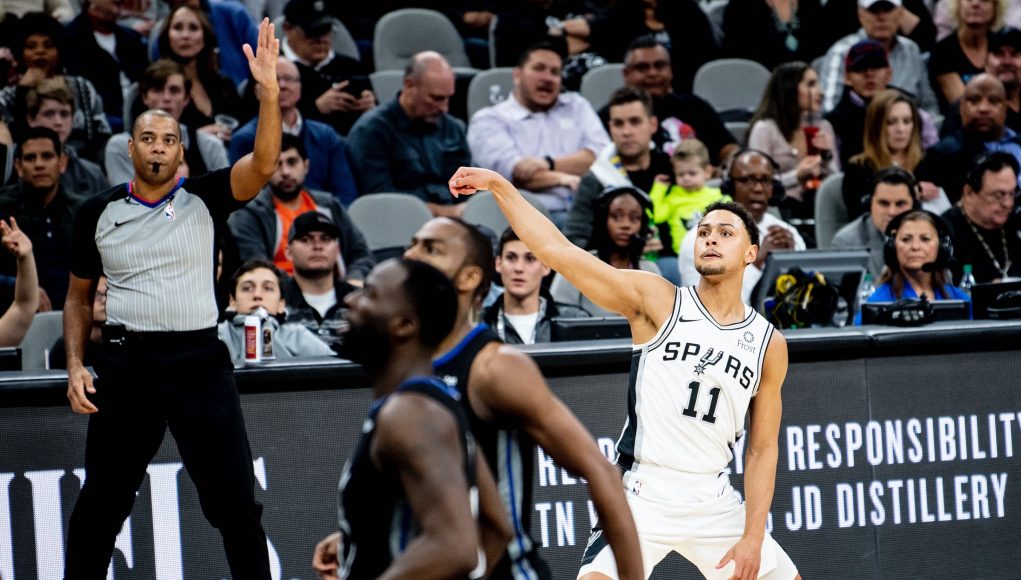 SAN ANTONIO – The San Antonio Spurs closed out 2019 and the decade with a 117-113 victory over the Golden State Warriors (9-26) at the AT&T Center on Tuesday night.

The victory is the second straight for San Antonio, who have won four of their last six games.

Surprisingly, the Spurs would need overtime to close the game out. Dejounte Murray came up huge in the extra period, scoring seven of his 15 points in the extra five minutes. He had a key steal and a big three. LaMarcus Aldridge added 17 points and 12 rebounds, while Bryn Forbes connected on four of his seven shots from 3-point range.

Patty Mills continued his solid season with 18 points and going 5-of-11 from 3-point land. Overall, the Spurs went 14-of-31 from beyond the arc with Golden State hitting 12 from downtown.

The depleted Warriors were already missing stars Stephen Curry and Klay Thompson coming into the game. Tuesday night they were without D’Angelo Russell and Willie Cauley-Stein.

The Spurs are now 14-18 on the season and will return to the court on Thursday when they open the new decade by facing off with the Oklahoma City Thunder (18-15) at 7:30 p.m. at the AT&T Center.