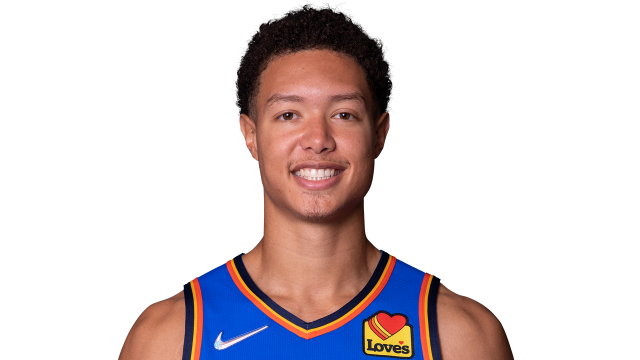 After agreeing to a one year deal with Gorgui Dieng Tuesday, the San Antonio Spurs added another player to their roster, using the waiver claim method on Isaiah Roby.

Roby was waived by the Oklahoma City Thunder on Sunday July 3. He had 48 hours to clear waivers and then he could become an unrestricted free agent. Teams with the worst records from last season and that had cap space or a trade player exception were allowed to claim Roby off waivers at the latest Tuesday.

The Spurs claimed Roby off waivers. By claiming Roby, the Spurs get his salary of $1.9 million for this season and then next summer he’ll be an unrestricted free agent.

Roby, 6’8″, was drafted in the second round of the 2019 NBA Draft. That was the same draft class that included Keldon Johnson. Project Spurs’ Benjamin Bornstein wrote about Roby being a good fit with the Spurs before the draft that year.

How much cap space do the Spurs have now?

With Roby, assuming Gorgui Dieng will sign for the veteran minimum, and expecting Danilo Gallinari gets waived, the Spurs project to have anywhere from $32.9 million to $38.4 million in cap space still.

To get to the maximum amount of cap space would require waiving Tre Jones, Keita Bates-Diop, and renouncing the cap hold of Joe Wieskamp. Gallinari’s partial guarantee has been reported as anywhere from $10.4 million to $12 million, though the Spurs haven’t officially waived him yet.

Where does the Spurs’ roster stand now?

The Spurs will now have 13 players under guaranteed contracts (assuming Dieng’s deal is guaranteed) and 3 players on non-guaranteed contracts in Gallinari, Jones, and Bates-Diop. Once Gallinari is officially waived, they’ll have a full roster with 15 NBA players and one two-way player. Teams can carry up to 20 players on the roster during the offseason, but by opening night of the regular season, the roster has to be down to 15 NBA players and 2 two-way players at max.

Last season with the Thunder Roby spent 88% of his time on the floor at the 5, but the year before he was at the 4 according to CleaningTheGlass.com.

Here’s what the Spurs’ depth chart looks like with the addition of Roby.