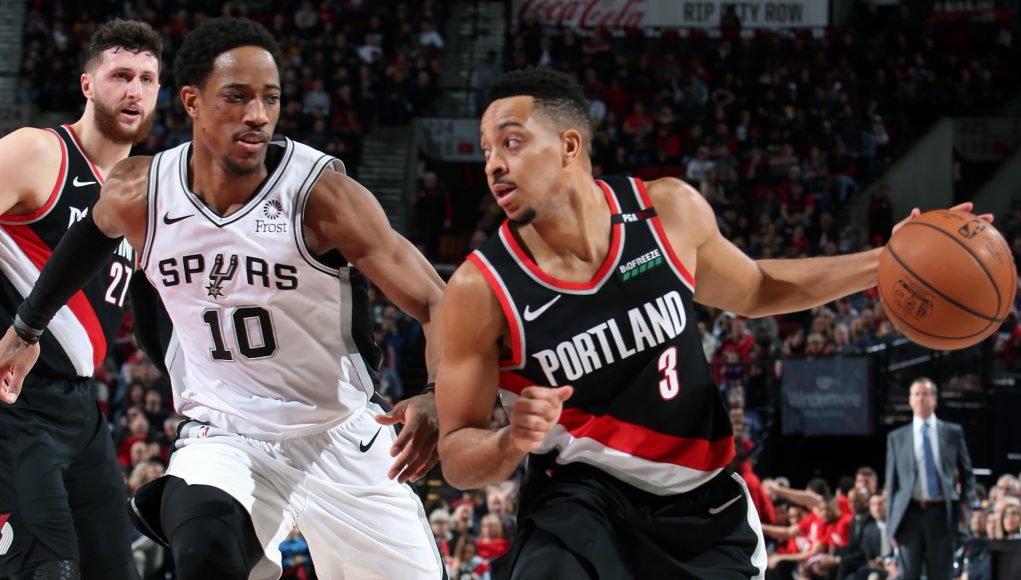 The San Antonio Spurs could not complete their rally from a 21-point deficit as they fell 127-118 to the Portland Trail Blazers at the Moda Center on Thursday night.

The game was the third straight loss for San Antonio and the third of their annual Rodeo Road Trip. The Spurs are still looking for their first win on the trip after dropping games to Sacramento and Golden State prior to Thursday’s loss to Portland.

“We need to get a win,” Spurs forward LaMarcus Aldridge said. “We put ourselves in a position to win tonight but couldn’t get it done.”

The Spurs trailed by 21 points in the third quarter but Rudy Gay got hot from three as he scored 16 points in the third to bring San Antonio within four points. However, Portland went on a 15-2 run to start the fourth and put the game away for good.

DeMar DeRozan led the Spurs with a game-high 35 points and shot 50 percent from the floor. He added six rebounds and six assists after sitting out Wednesday’s loss to Golden State. Gay finished with 25 points, shooting 5-for-6 from three-point land.

Meanwhile, LaMarcus Aldridge struggled as he shot 36 percent from the floor. He would finish with 17 points but after a solid opening 12 minutes, he would not score again until the fourth.

“I put this on myself,” Aldridge said. “I didn’t give us anything down low and I lost my rhythm. My job is to make us better in the fourth quarter and I never got going.”

The Spurs continued to turn the ball over on Thursday night, giving the ball away 18 times after turning it over 19 times in a loss to the Warriors just 24 hours earlier.

Portland was led by CJ McCollum’s 30 points as he hit seven 3-pointers. Damian Lillard added 24, including seven straight in the fourth quarter. Newcomer Rodney Hood finished with 14 points in his first game with the Blazers since being traded to Portland by Cleveland.

The Spurs are now 32-25 on the season and will return to the court on Saturday afternoon when they travel to take on the Utah Jazz (31-24) at 4 pm Central Time.