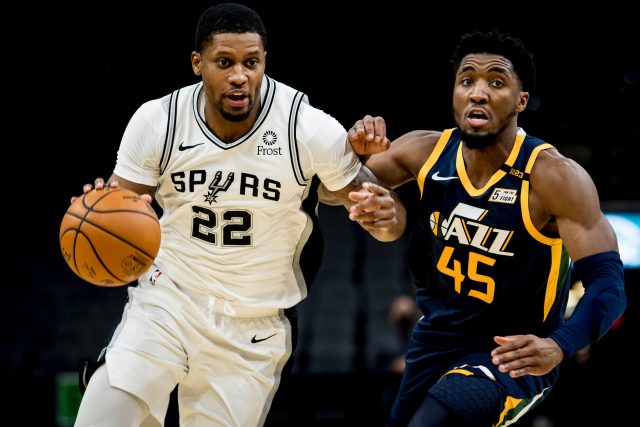 The Spurs played without Derrick White, who missed the game with a sore toe. LaMarcus Aldridge did not play for the third straight game with knee soreness. As a result, without two of their core players, San Antonio struggled to contain the high octane Utah offense.

Utah was red-hot from three-point land all night long, hitting 21-of-40 from beyond the arc. By comparison, San Antonio shot 29 percent, making just five of their 17 attempts.

“I don’t think we were as physical or aggressive,” Spurs Head Coach Gregg Popovich said of his team’s start to the game.

The Jazz were led by Bojan Bogdanovic’s 28 points as he connected on 6-of-7 three-point attempts. Donovan Mitchell chipped in 22 points while Rudy Golbert posted a double-double with 18 points and 16 rebounds.

San Antonio was led by Keldon Johnson, who scored 22 points on 65 percent shooting. He added seven rebounds. DeMar DeRozan helped out Johnson in the scoring column by scoring 19 points on 52 percent shooting to go along with four assists and five rebounds.

“They hit shots, they’re a great team that moves the ball,” Johnson said after the game when asked about Utah’s performance.

The loss continues a tough stretch for the Spurs, who are set to kick off a five-game road trip after suffering four consecutive losses.

The Spurs are now 2-4 on the season and will return to the court on Tuesday when they face the LA Clippers (4-2) at 9 pm from Staples Center.