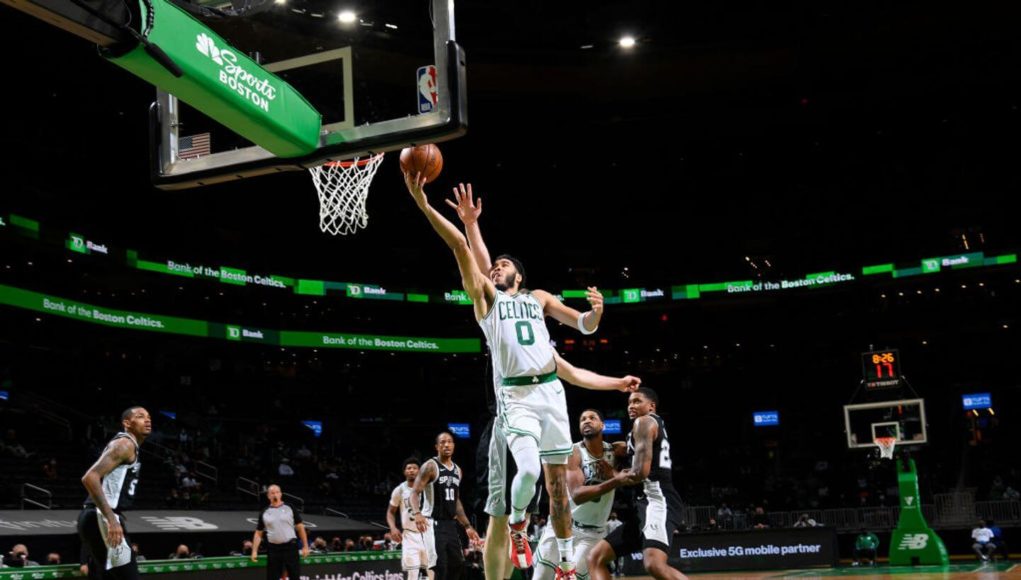 If the San Antonio Spurs fail to make the play-in game or the playoffs, they will look at Friday’s game in Boston as a main reason why. San Antonio blew a 32-point lead as the Celtics rallied for the 143-140 overtime win at the TD Garden.

The loss for the Spurs is the second straight and will sting the most after leading by more than 30 points against the sixth best team in the Eastern Conference.

“All of a sudden transition defense isn’t as good,” Spurs Head Coach Gregg Popovich said after the game. “You are not as physical with the half-court defense, you get a little bit sloppy and try to do maybe things too quickly on offense….It’s a tough, tough lesson.”

San Antonio led 39-16 after the first quarter and 77-48 at halftime. Boston outscored the Spurs 80-51 in the second half to force overtime. In the extra five minute period, the Celtics won 15-12.

The Spurs had zero answer for Jayson Tatum, who poured in a career-high 60 points for Boston. Tatum’s previous career best was 53 points scored against Minnesota. He scored 12 of the Celtics’ 19 first quarter points and that set the tone for him the rest of the night.

Jaylen Brown hit a 3-pointer with 16.7 seconds remaining in overtime to put Boston ahead for good. Brown finished with 17 points, Marcus Smart had 10 points and 12 assists, and Aaron Nesmith had 16 points and six rebounds for the Celtics.

Meanwhile, the Spurs were led by DeMar DeRozan, who had 30 points and 14 assists for the Spurs. Dejounte Murray and Lonnie Walker IV finished with 24 points apiece for San Antonio, who fell back to .500 and 18-12 on the road.

“We were kind of walking around like we were losing rather than knowing we were up,” Spurs guard Lonnie Walker IV said. “They fought hard, it’s as simple as that.”

The Spurs are now 31-31 on the season and will return to the court on Sunday night when they welcome the Philadelphia 76ers to the AT&T Center at 7:30 p.m.