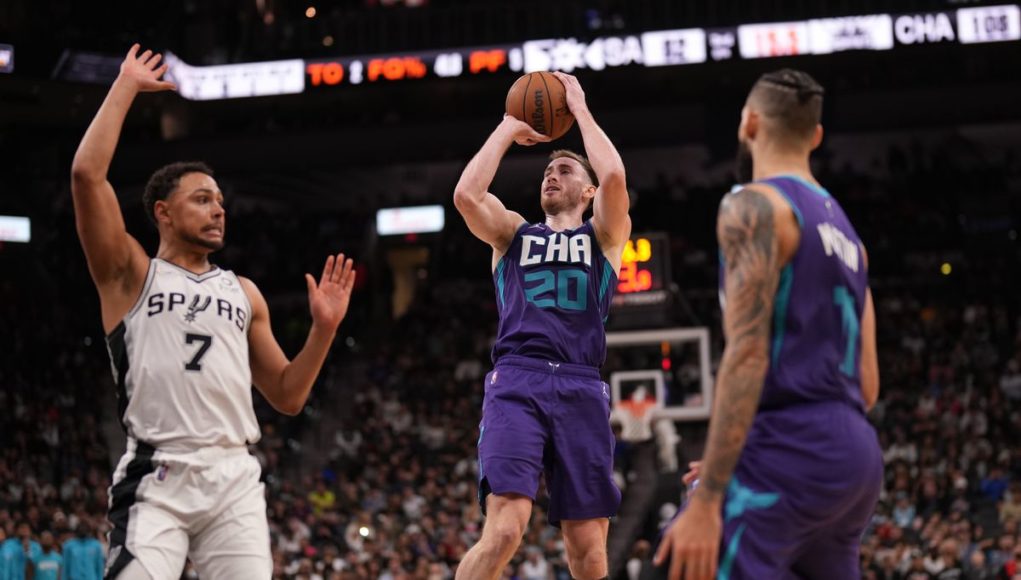 SAN ANTONIO — The San Antonio Spurs closed out their five-game homestand on a dud, falling 131-115 to the visiting Charlotte Hornets at the AT&T Center on Wednesday night.

The loss is ninth for the Spurs at home and 17th of the season overall.

Charlotte opened the first quarter by scoring 41 points and ended the game with 60 percent shooting to go along with 33 assists and hitting 53 percent of their attempts from beyond the arc.

”They were totally unselfish,” Spurs head coach Gregg Popovich said of the Hornets.

The Spurs made an attempt to rally late, outscoring the Hornets 33-21 in the fourth quarter but the hole was too deep to climb out of.

Despite missing five players, Charlotte did not miss a beat. San Antonio’s defense struggled to contain Hayward, who scored a season-high 41 points. Cody Martin scored 21 points and Miles Bridges had 19 for the Hornets.

“It shouldn’t be [surprising]. They’re the best offense in the league,” Spurs guard Derrick White said. “Look at the numbers. Just didn’t come out ready to go, and they made us pay.”

Now, the Spurs will open a road trip Friday in Utah before making the trek to California. They hope the game Wednesday will not be a repeat of things to come for this young San Antonio squad.

“We’re going to watch the film, and just got to learn from it and grow from it,” White said. “A lot of mistakes. We can control a lot of things that happen out there. Watch the film, learn, take it and try to get better and get after it on the road.”