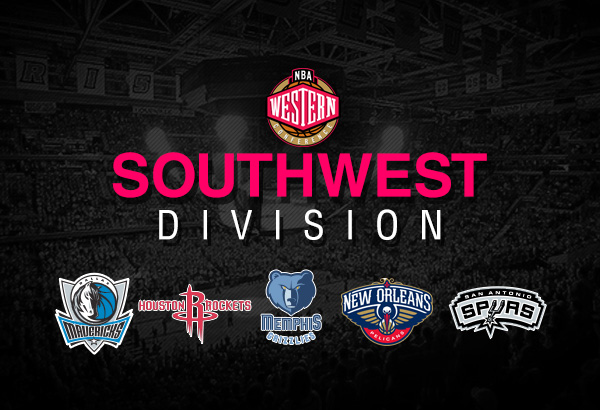 Divisions in the NBA used to hold more importance than they do now. As recently as 4 seasons ago, a division winner could finish no  lower than 4th in their conference. After this reward was removed, divisions lost most of their remaining significance. Divisions still impact schedule, though, with each team facing their division rivals 4 times. This means that the teams in the Southwest division will be among the teams the Spurs face the most. Here is a quick preview of each team:

The Dallas Mavericks have a more intriguing team than they did a year ago. The big question for them this season is whether the changes they made during the off-season will amount to a large enough jump in wins for them to be in contention for a playoff spot.  DeAndre Jordan gives them a talent upgrade in the middle and Luka Doncic may come into the NBA more prepared than most rookies with his EuroLeague experience. Most of the core that they seem to be building around is probably too young to get 40+ wins in the Western Conference, but what’s most important for this team now is to identify which players give the franchise the best outlook down the line and begin to build around those players.

The Houston Rockets lost two defensive specialists over the summer in Trevor Ariza and Luc Mbah A Moute (to the Phoenix Suns and Los Angelos Clippers, respectively) and a big man who fit their organizational offensive philosophy in Ryan Anderson (also to the Phoenix Suns). The biggest additions to the team were James Ennis and Carmelo Anthony. With the players that left the Rockets in free agency and the players they brought in, the general opinion seems to be that they took a step back and will have a more difficult time challenging the Golden State Warriors this season. The Rockets still have Chris Paul, who is aging but still an elite player, James Harden, the league’s reigning MVP, and Clint Capella as their core. And, as others have pointed out, GM Daryl Morey may make important moves between now and April to fix some of the team’s weaknesses.

General outlook on the Memphis Grizzlies is probably lower than it should be, currently. It’s easy to forget that they looked good before Mike Conley went down early last season, starting 5-1 with a win over the Warriors and two victories against the Houston Rockets. Now that Mike Conley is back, the Grizzlies could be better than many expect. If they struggle again this season, though, the organization may have to think hard about moving on from either Marc Gasol or Conley and see if Jaren Jackson Jr. is the type of player they can build around.

Much was made about the New Orleans Pelicans playing at a much faster pace to end last season after DeMarcus Cousin’s season ending injury. The team ended the season 21-13 after Cousin’s injury and swept the Portland Trail Blazers in the first round of the playoffs. After Cousin’s left in free agency for the  Warriors, the Pelicans doubled down on their new style of play – the Pelicans led all NBA teams in pace in the preseason, as they did to at the end of last season. Playing fast allows Anthony Davis to showcase the best parts of his game before teams get set on defense, enabling his teammates to play to their strengths as well as the defense has to give so much attention to Davis. The Pelicans have surrounded Davis with a strong team this season, and if they have a strong enough record, he will probably be discussed for MVP.

Last season, the San Antonio Spurs’ two biggest weaknesses were their three point shooting and their lack of play makers. The Spurs addressed both over the off-season, signing Marco Belinelli and receiving DeMar DeRozan in the Kawhi Leonard trade. The two biggest concerns going into this season are that the three point shooting still isn’t strong enough and that the defense will be much worse than what is typical for the Spurs. The big question for the team is this: can the team’s defensive scheme cover up individual players’s defensive weaknesses? If so, they can probably secure a low-seed in the playoffs. If not, it may be a struggle for them to make it in.

Game logs from basketball-reference.com, other stats from stats.nba.com.