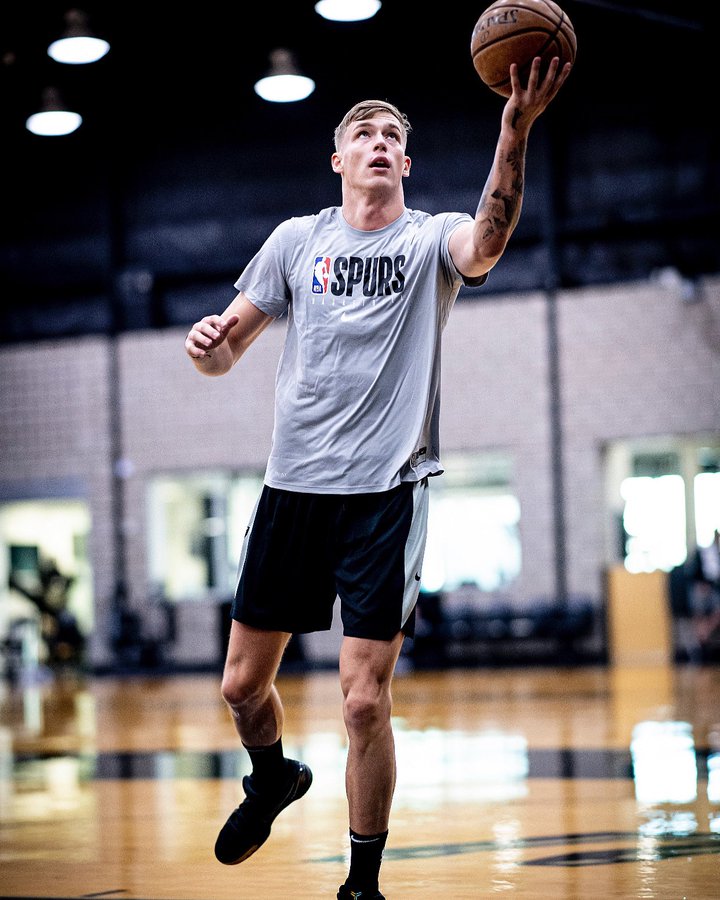 While on paper this move seems surprising considering Samanic is still just 21 years old and the Spurs could have had him on his rookie scale salary for next season, the eye test has said differently.

Aside from one Spurs preseason game where he started, Samanic hasn’t found himself as the 1st, 2nd, or even 3rd option at times at the 4 position in the rotation through four preseason games.

Doug McDermott, Devin Vassell, Thaddeus Young, and even Keita Bates-Diop have been ahead of Samanic in the rotation at the 4 for most of this preseason.

Samanic was drafted ahead of Keldon Johnson in the 2019 NBA Draft with the 19th pick in the first round, but unlike Johnson, Samanic hasn’t been able to find many minutes with the San Antonio team.

Samanic has played in just 36 NBA games, mainly logging time in Austin when the G-League is taking place. He played in 3 NBA games during his rookie season and 33 games last season, though his stints were mainly toward the end of the game when the results were already decided.

Samanic had difficulty cracking the rotation in the last two seasons with the Spurs starting small with DeMar DeRozan at the 4 and then Rudy Gay playing the backup 4 role.

Since he had a fully guaranteed salary from his rookie scale contract, Samanic will still earn his full $2.9 million salary for this season and the Spurs will have a cap hit on their books for the remainder of the season.

If another team claims Samanic off waivers in the next 48 hours, his salary will now belong to that other team and the Spurs wouldn’t be responsible for it.

They also had until October 31 to decide on Samanic’s team option for next season.

Now, with Samanic waived, the team has 17 players left on their training camp roster.