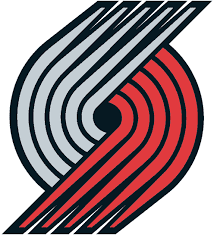 remove the ugly taste of losing a close game to the Denver Nuggets.

The Spurs and Blazers have split their last two meetings this season with each team winning on their home court. In the last meeting in Portland, the Spurs lost 99 to 86 where Blazers’ LaMarcus Aldridge poured in a then career high of 40 points and grabbed 11 rebounds handing the Spurs their eighth loss of the season. Portland won the fourth quarter 28-15 on a 21-8 run to end the quarter. In that game, the Spurs were paced by Manu Ginobili with 17 points and DeJuan Blair chipped in with 14 points and 12 rebounds.

The Blazers tend to give the Spurs major trouble. Portland has not allowed the Spurs to score 100 points since 2007, a streak of 10 games and without Tim Duncan tonight who is still out with an ankle injury, it could be a long night for the Spurs frontcourt to contain Blazers’ Aldridge.

To discuss tonight’s contest, I turn to friend of Project Spurs Sophia Brugato of Pinwheel Empire, by far the most fan interactive, comprehensive, Blazers site on the Internet. Everything a Blazers fan needs in one site. Check out Pinwheel Empire HERE.

In this Q&A, Sophia discusses the newest Blazer Gerald Wallace, whether LaMarcus Aldridge should have been an All-Star over Duncan, why Portland gives San Antonio trouble, and more.

Jeff: How has the addition of Gerald Wallace been for the Blazers? Likes? Dislikes?

Sophia: Wallace has been a great addition for the Blazers. His greatest strength is his defense, he is an incredible individual defender and he’s seamless in the Blazers’ team defense. His energy is unmatched. I wish his 3 point shooting was better, however, his relentless drives to the basket, which work to open up the floor for everyone else playing, sort of wipes out any complaints I have about his shooting.

Currently, the Blazers are sitting in the sixth spot in the Western Conference playoff race. Strategically, should they remain in that sixth spot and face the Dallas Mavericks or try to move up and and face the Oklahoma City Thunder?

Do Blazers fans still feel LaMarcus Aldridge should have been an All-Star over Tim Duncan?

I think we all value winning and team play over individual accolades. Yes, Aldridge should have been in the All-Star game, that is clear, but he’s showing no signs of slowing down and now we know he’ll make it, sooner than later.

The Blazers seem to have the Spurs’ number. Though San Antonio broke a five-game losing streak to Portland earlier this season winning 95-78, in the following meeting Portland once again beat San Antonio, 99-86. Why does Portland do so well versus San Antonio?

First of all, Tony Parker goes down and suddenly the Blazers could get the win- but honestly,  I think the Blazers and Spurs play very similar pace, and the three point shooting of the winning team usually makes the difference. The slow, defense-centric grind-it-out style of play is what the Blazers are used to and they are comfortable with that on both offense and defense, so the fact that they can match the Spurs pace really works to inhibit a lot of what the Spurs are normally successful at doing- which is lulling opposing teams into bad shots and broken defense.

Do the Blazers make it two wins in a row over the Spurs tonight?

I think they have as good a chance as any, so long as they come out focused on defense and knock down shots (I sound like Nate McMillan. Ugh).