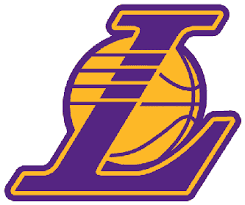 Spurs will look to send a message to the Lakers that it’s the Spurs who rule the West.

The Spurs are coming off a 125-95 win over the Miami Heat and will be looking to clinch the season series against the Lakers. Currently, the Spurs hold a 2-0 regular season series lead. The Spurs last win against Los Angeles was a thrilling 89-88 win sealed with a game-winning tip-in by Antonio McDyess in February.

The Lakers are coming off a 92-84 win against the Charlotte Bobcats and will be looking to get a win at the AT&T Center – a place where the Spurs are seemingly unbeatable at 29-2. The Lakers are also playing better basketball since the All-Star break and are currently on a six game winning streak.

For the series, Spurs’ Tony Parker is averaging 22 points while DeJuan Blair averages 9.2 rebounds against the Lakers.

To talk about today’s contest, I turn to friend of Project Spurs Rey Moralde of The No Look Pass a great site on the Internet for all things Lakers and more. Click HERE to read the Q&A I did for Rey.

In this Q&A, Rey talks about the Lakers improved play, if the Lakers are still the team to beat and more.

Jeff: Seems after the All-Star break the Lakers are playing more consistently. What has been the difference?

Also… it looks like Ron Artest has found his groove. Sure, he only scored 5 points against the Clippers and 6 against Minnesota but he’s finally playing topnotch D again. And if you’re looking for that signature game from him this season, the one against Portland was it: 24 points, 6 rebounds, and 4 assists.

If these two teams do meet in the Western Conference Finals, how do you see the series ending?

San Antonio hardly loses at home these days but I still think the length of L.A. will overwhelm the Spurs again. While I won’t be surprised however it goes the way the Spurs have been playing, I still see the Lakers winning in six with the Lakers stealing one from the AT&T Center in one of those games.

I still feel that the Lakers are the team to beat in the whole league. They are the champions, right? And I think they look more dangerous as they don’t have that proverbial bulls eye on their back. Everyone is concentrating on taking down the Heat this season (like your Spurs did in what was a total smash). So maybe the Lakers are a BIT under the radar.

Tony Parker will play today and we all know, Lakers struggle against fast guards. Should the Lakers focus on slowing him down or should their focus be on another aspect of the Spurs’ attack?

I think the Lakers need to continue to play better perimeter D. I think the bigs will get it done as they played well in the last game but the Lakers up top have to trap guys like Ginobili, Parker, and Hill. I remember Ron having a great game against them last season in the AT&T Center when he was wreaking havoc all over the perimeter. I’d like to see that from Ron, Kobe, and Matt Barnes if he plays in that game.

Spurs won the first two meetings this season. Will the Spurs clinch the regular season series today or will the Lakers get the win at the AT&T Center?

Lakers are on a roll and the Spurs are bound to lose at home sometime, right? I’ll pick the Lakers in a close one and everyone will declare for at least one week that the Lakers are back.