The last time these teams met, it was a 95-91 win for the Spurs in Charlotte. Manu Ginobili led 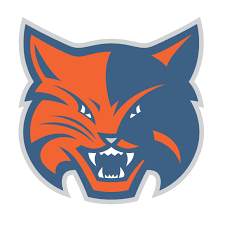 the way with 26 points, while Tim Duncan posted a double-double with 14 points and 10 rebounds.

In this Q&A, Andrew and Bruce talk about the recent trade of Gerald Wallace to the Portland Trail Blazers, the Bobcats’ new coach, what Spurs fans can expect from Charlotte tonight and more.

Jeff: What was the overall feeling of Bobcats fans when All-Star Gerald Wallace was traded to Portland?

Trade Street Post: Lots of words could be used to describe the feelings felt.  We all felt betrayed, lied to, stabbed in the back, and most importantly, that the CEO and FO were giving up on the team.  Cooler heads felt upset, but understood the reasoning behind it all.  It didn’t make the pill any easier to swallow, but we all know in the long run, the first round picks and salary savings will pay of in the future of this team.

This might be a question that will cause you to write a novel but under the Michael Jordan era, the Bobcats have gone through some major ups and downs. Trade Street Post recently wrote an open letter to him but how much of the blame falls on Jordan for the recent “downs” – i.e. Larry Brown, the struggles under former coach Sam Vincent, etc., in the Charlotte franchise?

Larry Brown was a very logical move after the nightmare that was Sam Vincent.  I prefer to forget that Sam Vincent ever was a coach, and perhaps it will cease to have happened.  We do not blame Jordan, per se.  Bob Johnson was trying to build a “budget” franchise from day 1.  Long term contracts, poor roster moves, no local business support and very few investors, stacked the deck against Michael Jordan from his arrival to now.  Now that he is majority owner, it will take time to get the bad contracts gone.  Nothing can be done about past roster moves because they are in the past.  All we can do is let MJ do his thing.  Anyone who doesn’t believe that the FO in Chicago was asking MJ what pieces he thought the Bulls team needed to build a champion is simply fooling himself.  Jordan knows what he needs, and he knows it will most likely take 3-5 years to become a perennial contender.

Recently, the interim tag was removed from Paul Silas and is now the head coach of the Bobcats. Good move or should Charlotte have brought in someone else?

Coach Silas is greatly loved by the city of Charlotte.  He was a successful coach of our Charlotte Bobcats back in the day, and he has proven to be a players coach.  I believe that he was a great fit.  He said that coaching the Bobcats in the city he calls home would be his dream job.  Charlotte needed a leader that they love for fans to buy into the team.  His current record shows that he is still a very good coach, and being a “player’s Coach” was something our team needed.  Larry Brown had everyone’s confidence in the toilet, and Silas came in, believing in ALL of the guys.  Great move in our opinion.

The last time these two teams met, it was a 95-91 win for the Spurs in Charlotte. It was a close game so what did the Bobcats do in that game to put a scare into the NBA’s number one team?

You can never count the Bobcats out.  Tough defense, playing as a team, and hitting shots are the keys to our success.  That was exactly what they did, however, playing a team with the chemistry that the Spurs have, it was, and always will be a tough team to overcome.

What match up would you tell Spurs and Bobcats fans to keep a close eye on tonight?

The Bobcats have struggled over their past 2 games.  Scoring has become an issue, because our main scorer, Stephen Jackson, has fallen into a slump.  I have reason to believe that after the win against the Raptors, Jax grimaced in pain.  He was seen leaving the court with his left hamstring wrapped in ice…hidden with an ace bandage.  No injury report came out on it, but his shooting slump began after that game.  I may be reading into it too much, but I believe he’s playing hurt, and I could be wrong, and I hope I am.  Me being wrong means that Jax, Augustin, and Diaw each drop at least 20 points in this game, and Gerald Henderson can shut down Manu.  It will also take a dynamic duo of Tyrus Thomas and Kwame Brown to keep Duncan in check.  With all that said, beware of a hot Jax, a hungry Augustin, and a strong bench in DJ White and Dante Cunningham.