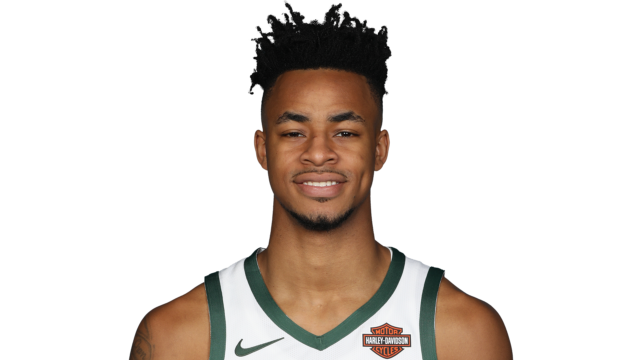 With four players in health and safety protocols as of Saturday morning, the San Antonio Spurs have used the modified hardship exception to sign guard Jaylen Morris to a 10-day contract.

Morris initially signed a G-League contract with the Spurs’ G-League affiliate, the Austin Spurs. Morris played in 13 of 14 games during the G-League showcase where he averaged 12.2 points on 9.5 shot attempts. Morris launched 2.9 threes per game and made 34% of those attempts. Morris also averaged 4.2 rebounds, 2.3 assists, 1.8 turnovers, and 1.5 steals in 27 minutes per game.

The Spurs currently have Dejounte Murray, Doug McDermott, Lonnie Walker IV, and Devontae Cacok listed as out in health and safety protocols.

Adrian Wojnarowski of ESPN.com reported earlier Saturday that Murray has cleared protocols and he’ll move into the return to conditioning phase next for his return. For Saturday’s game in Detroit, Murray is still listed as out in health and safety protocols per the team injury report.

Drew Eubanks and Keita Bates-Diop are both listed as questionable for Saturday against Detroit with different injuries.

Morris officially signed his 10-day deal Saturday afternoon, but at the moment, it’s unclear if he’ll be available for Saturday’s game against the Pistons.

With Murray and Walker IV out, rookie Josh Primo could see a major increase in minutes with the Spurs missing two of their key guards in the rotation from the starting and bench group.

Morris is a 6’5″ undrafted shooting guard who made his NBA debut with the Atlanta Hawks in the 2017-2018 season and then he spent four games with the Milwaukee Bucks during the 2018-2019 season.

He was on the Austin roster last season and has been on the Spurs’ Summer League team as well.

The Pistons will be without 13 players Saturday, but since they’ve been able to use the modified hardship exception, they’ll have 12 players available for Saturday’s game against the Spurs.