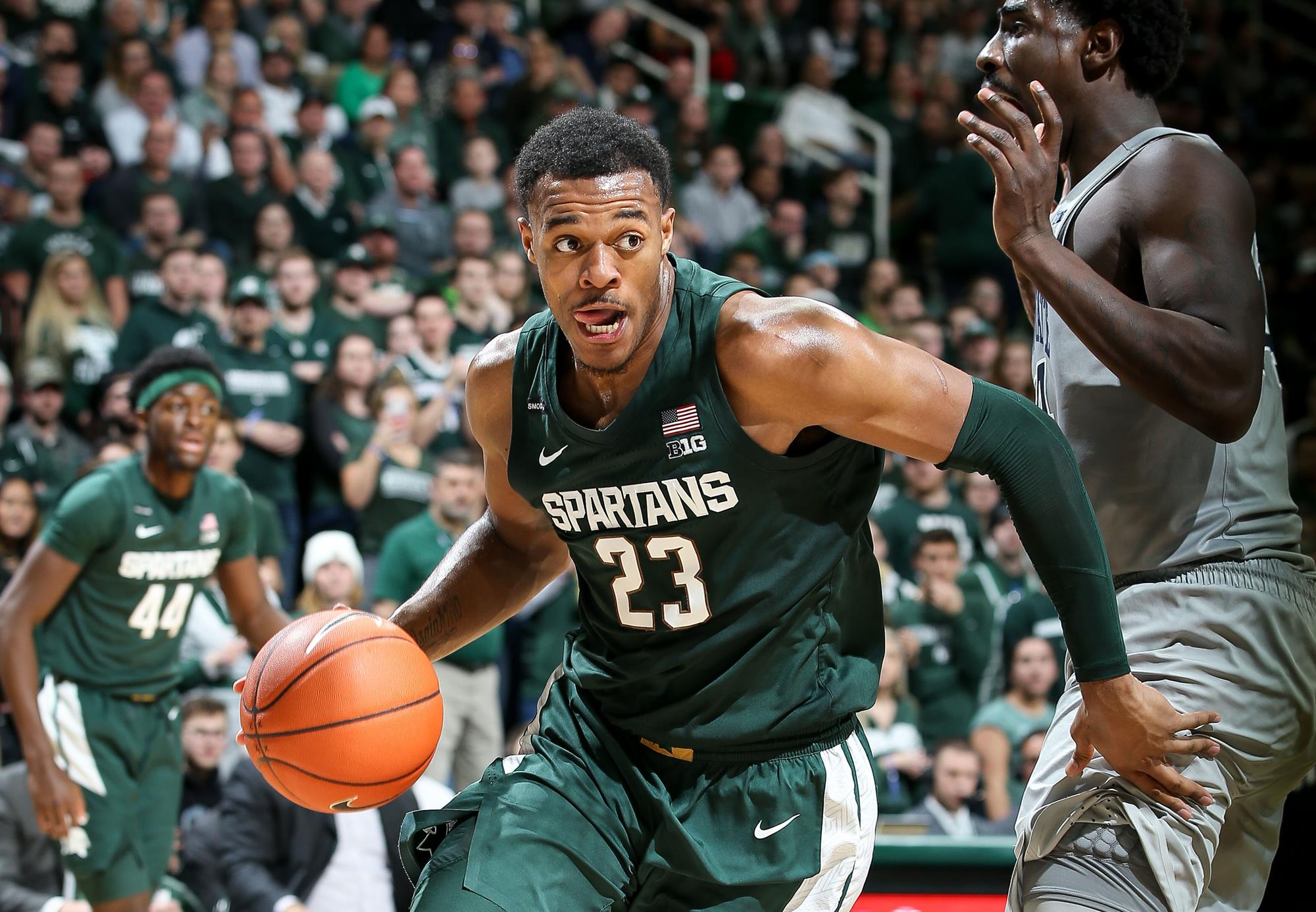 The march to the NBA Draft soldiers on and that means we have another week to look at a potential Spurs prospect. This week’s prospect to look at is Michigan State forward Xavier Tillman. The 6-foot-8, 245-pound junior is an intriguing second round option for the Spurs.

He is a bit undersized to play at the center spot, but he was wildly productive on offense. Not only that, he more than held his own on defense playing against some rugged big men in the Big Ten. Not only did he hold his own, but he held some of the future draft picks to some of their worst games. Here are some of his stats from the season.

Tillman does some of the little things on offense really well that Spurs fans can appreciate. He sets excellent screens and knows when to roll or pop with the ball handler to get himself an easy basket. He lurks around the rim for offensive rebounds and follows his guards on drives to clean up their messes too — one reason he averaged nearly three offensive boards a game. One aspect of his game is my favorite, but may not translate to playing power forward at the NBA level.

This Spartan has excellent footwork — that will obviously translate — and has some superb go-to post moves when he takes on a smaller defender. His favorite is the up-and-under and he has a sweet spin move he uses on straight line drives as well as in the post that has been efficient. He can finish with either hand around the basket and knows how to use his body exceptionally well.

While Tillman is not an explosive athlete by any means, he is a smart one. He plays nearly impeccable help side defense and got a decent amount of his blocks that way. However, he also accumulated those blocks with his 1-on-1 defense in the post. He doesn’t bite on fakes, he stays on his feet and keeps his arms up through an entire move. This allowed him to block shots when he was still on the ground. He also had a few chase-downs in his most recent season. His blocking ability, coupled with the fact that he recovers well on defense after getting beat helped him earn Big Ten Defensive Player of the Year.

There are plenty of bright spots in Tillman’s game, but he also has his deficiencies. He is not yet a consistent three-point shooter and he really doesn’t shoot the ball in the mid-range all that often. While not having a mid-range game isn’t too terrible, it does help to space the floor a bit until the long ball becomes a real threat. His mechanics aren’t too bad right now, but do need some fixing. He has to get his shot off quicker and most importantly, the load-up on the shot has to get lost or at least speed up a bit.

He’s not a good enough shooter or creative enough driver to be a typical small forward in this league, but he could make a living at the power forward spot and playing in favorable mismatches. Tillman is absolutely a guy who could end up playing many years in the league after getting picked in the second round. He has the intangibles and impacts the game, even without a bunch of touches.