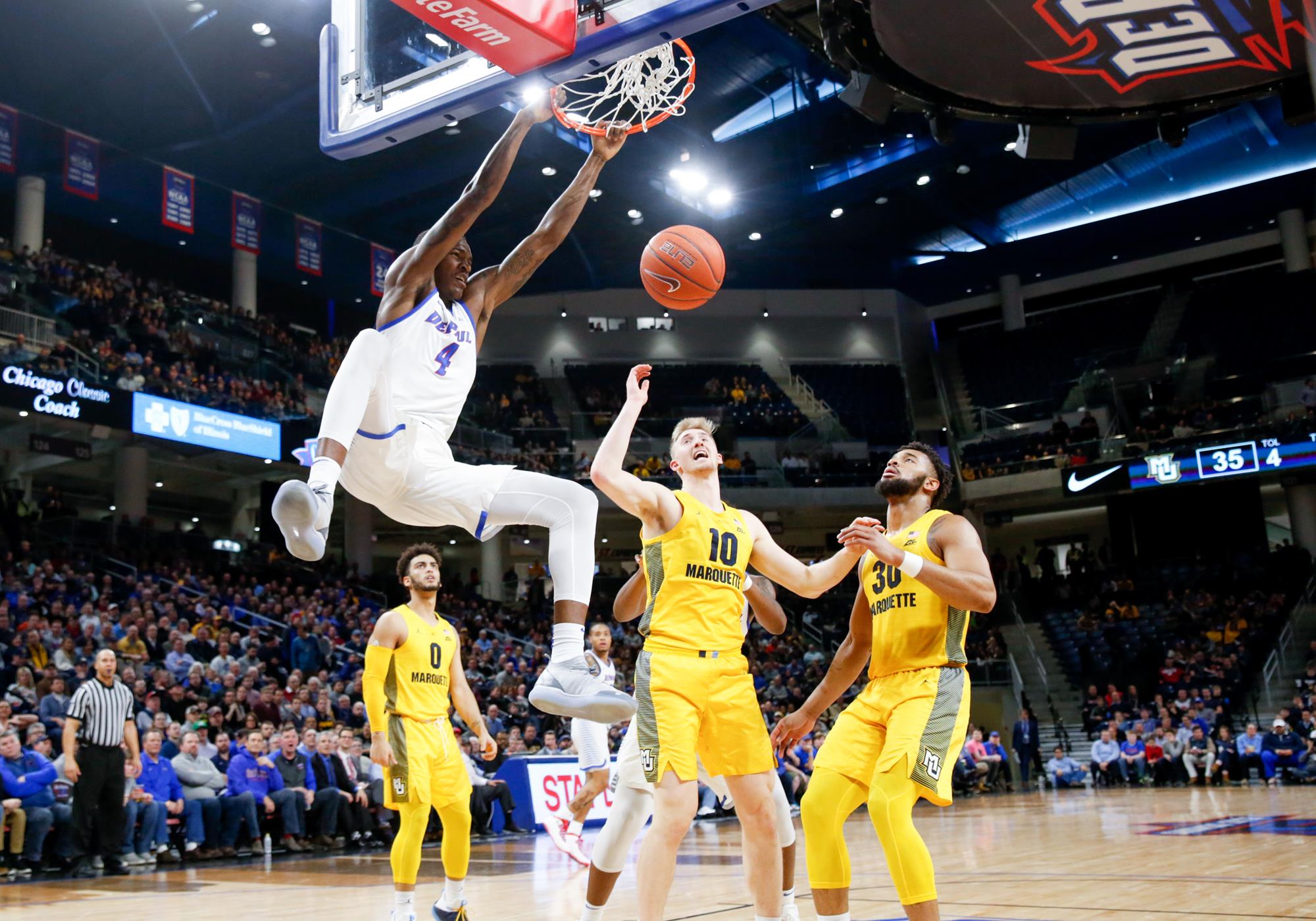 While the San Antonio Spurs are on hiatus, NBA Draft season is always in full swing! Assuming that the Spurs stay on trajectory after the season comes back (if it comes back), they will end up with a lottery pick and a fairly high second round pick especially since they are not an odds-on favorite to return to the playoffs according to nj sports betting providers. This week’s prospect to watch is of the latter variety.

DePaul big man Paul Reed is a sneaky good prospect who had been garnering more attention this season. The 6-foot-9, 220-pound junior has a lot of the major tools you look for in an NBA prospect. He’s an agile big man who knows how to use his body around the rim to avoid contact on offense and create problems for the other team on defense. He runs well and is great in pick-and-roll defense. Here are some of his stats for the season before we get into more of what he can do:

Reed has shown that he is excellent when it comes to recovering from a hedge on screens and has been disciplined there too. He has the ability to become versatile on that end of the floor, being able to guard two or three different positions thanks to his length and speed.

The most promising part of Reed’s game is his offense and specifically his jumper. He has become more comfortable in his pull-up jumper game and it has shown on the court. He regularly hits from the mid-range and has even stepped outside to shoot from beyond the arc a bit. He will definitely have to improve on his distance shooting, but the signs of development are there should the Spurs nab him and send him to Austin.