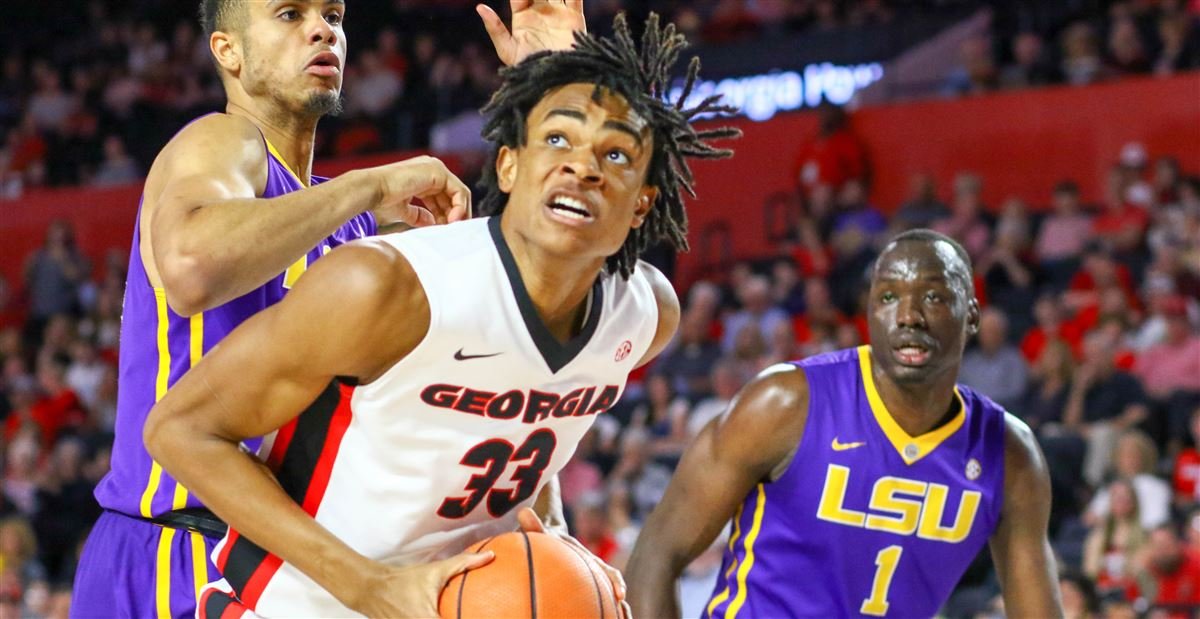 The NBA lottery is tonight and that is only the start of the NBA Draft hype as the Combine starts this week as well. That should get everyone in the mood to read more about NBA Draft prospects and who the San Antonio Spurs might target in June.

The 6-foot-11, 220-pound center spent two seasons in Athens and saw drastic improvement from his freshman to sophomore campaign. His scoring, minutes, free throw percentage and blocks went up in dramatic fashion.

His long frame and speed should help him get a better feel for his game in Austin where he will need to hone a few things before making the next jump to San Antonio. Here are some of his stats from last season:

Claxton probably could have used one more year at Georgia, but he likely left because of his major improvements this season and because he would not have found much more playing time under coach Tom Crean (who did not recruit him).

The young man has shown flashes of stretch potential, but will definitely have to work on becoming a more consistent shooter from beyond the arc. While his freshman shooting percentage from that area (36.4%) looks a lot better than his sophomore numbers, it’s because he was only taking half a three a game that season.

He bumped that number up to two triples per game this season. He has the mechanics to get where he needs to in that regard, but it will take time.

While he is a long-armed shot blocker, Claxton will have to put on weight if he wants to play defense at a consistent and high level in this league. He’s a bit thin and will definitely get pushed around, but the defensive instincts are there. They just need some muscle added to them and he has to be better about biting on fakes as well.

He fixes those things and he will be fine since he is already a good rebounder and rim protector without the meat on him. He gets to the free throw line a bunch, but will also need to work on making more of those freebies as well.

The Bulldog is a classic case of an under-hyped player coming into the draft who could really make a team happy if taken at the right pick. And at 49, he could be that for the Spurs. He is definitely a project though and the expectations for him should not be to make a San Antonio debut before two years are up playing in the G-League.