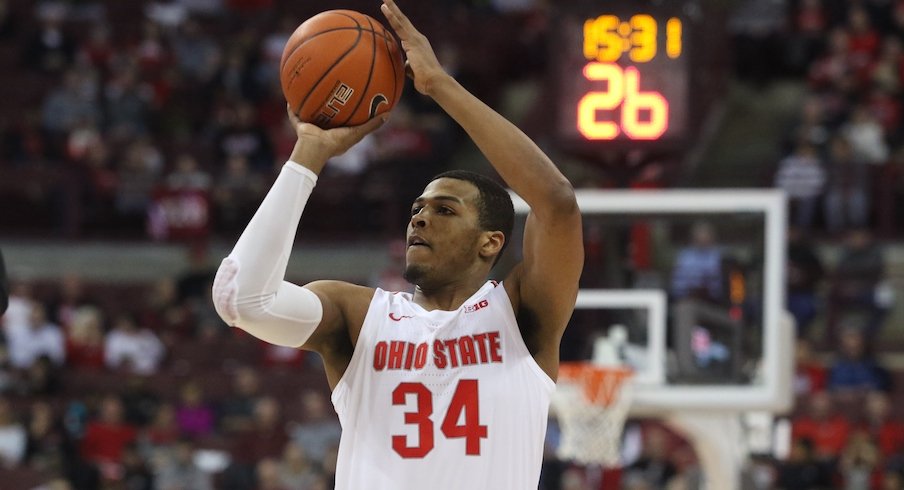 The NBA Draft is likely to follow the path of the NBA Lottery as it will get moved back. Since it’s almost guaranteed at this point, we are going to continue to look at potential San Antonio Spurs prospects. This week’s prospect is Ohio State big man Kaleb Wesson.

The 6-foot-9, 270-pounder junior is definitely on the heavier side, but he has shown that he has quite a few skills to make up for his lack of speed and athleticism. He’s a great outside shooter and protects the rim surprisingly well despite his size. Here are some of his stats from this past season.

Wesson is as strong as you would imagine someone at his size to be and that has allowed him to be a solid rim protector. He doesn’t allow himself to be moved on the post and uses his size to move others on offense.

He can play bully ball as well as utilize some his post moves to get around or away from defenders to get his buckets. He has great hands and excellent footwork that give him an advantage, even if he is a little slower than other players at his position. He is a great sealer and always finds himself in a position to get an easy bucket when defenders try to front him.

The Buckeye is a decent passer out of the post and is a smart player. He can shoot the three off the catch and become a good role player for a team in need of depth. He will have to lose some weight and gain some foot speed, but if he does that then his potential would see a major swing in the right direction.

While Wesson has his body to work on, he has some valuable NBA skills right now. He would be a second-round pick or free agent signing worth taking a look at this summer. He should get a good look if Jakob Poeltl ends up landing somewhere else and if the Spurs want to throw some bodies down to the G-League affiliate.