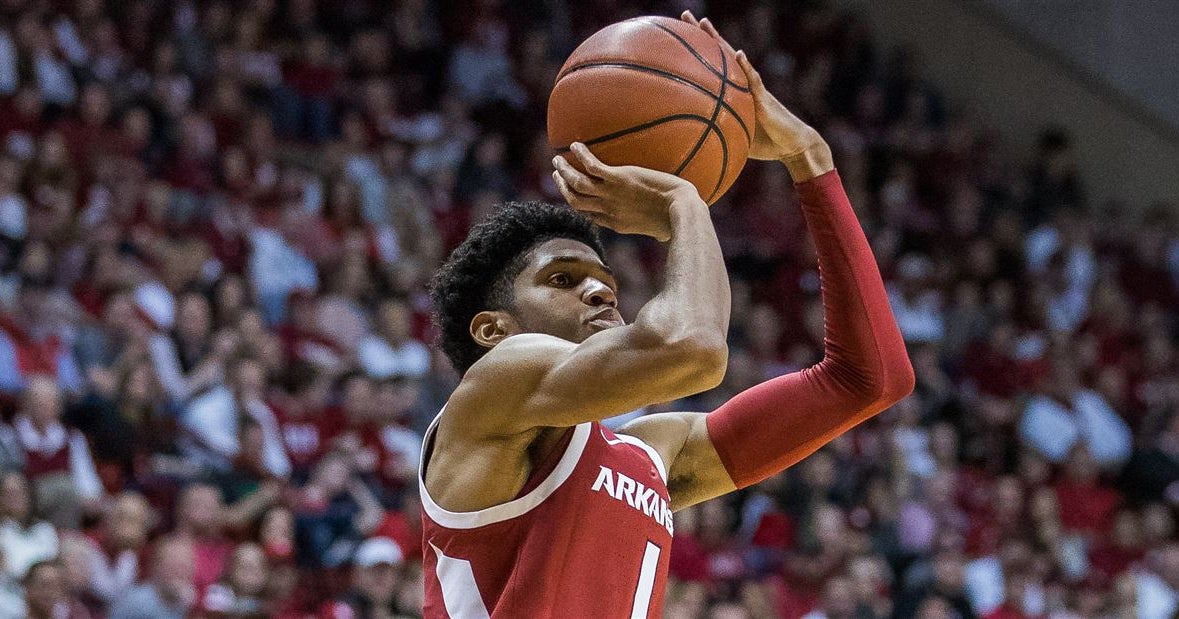 The San Antonio Spurs may be on hiatus, but our prospect watch coverage would never dream of such a thing. And so this week’s prospect to watch is Arkansas sharpshooter Isaiah Joe.

The 6-foot-5, 180-pound sophomore had a quietly great freshman season and was on pace for another before he was hobbled by a knee injury this past season.

Joe shot 41 percent from beyond the arc as a freshman while taking eight of those shots a game. This season, he wasn’t quite as good, but much of that can be attributed to his injury. However, he still shot a respectful percentage while attempting 10.6 triples a game. Here are his stats for your viewing pleasure.

Despite what his numbers might say, Joe is an elite catch-and-shoot player and could immediately contribute in that regard. Assuming he is fully back from his injury — which it looked like in the last few games he played — Joe could find himself getting some decent minutes in San Antonio should he prove to be as an elite a shooter as many are making him out to be ahead of the draft.

The young guard excels at using screens to get open, getting himself set on every shot and using his pitch-perfect mechanics to get off a quick shot.

While shooting can make up for a multitude of sins — as previously mentioned in this column — Joe will have a fair amount of those to make up for. He is a bit slow on defense but has shown good recovery speed.

The problem is that he shouldn’t be recovering so often because he gets beat off the dribble. That will definitely be troubling for Spurs fans who are just going to be getting over Bryn Forbes leaving (assuming it happens).

While Isaiah Joe is a good passer when defenses are focusing on him as a shooter, he has to become a better playmaker. He is not strong enough to get all the way to the rim and finish like some of the other prospects we’ve already gone over.

If he is unable to attack defenses that jump out at him as a shooter, he is going to struggle in the league though. He has to find cutters and teammates while being a threat to score at the rim.