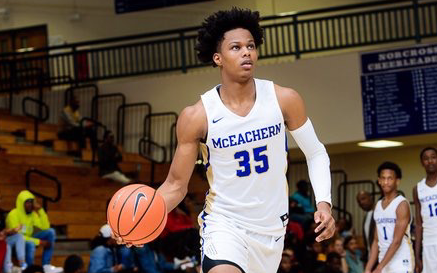 The San Antpnio Spurs look like a lottery team and with the Rodeo Road Trip just starting, things could get worse. They are sitting in the 13-16 pick range and that means there should be plenty of talent available to them. That leads us to this week’s prospect to watch in Auburn forward Isaac Okoro.

The 6-foot-6, 225-pound freshman has shown some great flashes of what his game could be, but also at times has shown why he can be a frustrating prospect. If you like athletic feats of basketball, Okoro is your guy. He has that in spades and has been given plenty of opportunity to showcase.

Here are his stats so far on the season:

As mentioned previously, Okoro is a fantastic athlete, which shows in any tape of his you watch. He cuts well off the ball, often finding himself wide open under the basket for an easy layup.

He contorts his body well to finish, but he could be better about putting himself in easier finishing spots as well. He has a nice first step and is quick, but does not round corners or around screens well yet.

He is a tenacious defender who is excellent in help and is even asked to key in on big men from the weak side. He has great IQ and can recover on hard closeouts thanks to his speed.

He is a good charge taker as he gets himself into the right position more often than not. However, he can get stuck in a hyper-focused mode of defense where he face-guards his opponent and doesn’t see screens coming because of it.

Okoro is a fairly raw prospect, but already has some nice tendencies you like to see. If he can improve his shooting — he refuses to shoot in the mid-range and is inconsistent from outside the arc — then he can become a major offensive threat in a couple of years. He is already stronger than a lot of players his age and his size, which gives him a leg up on a good amount of this year’s draft class.

He is absolutely going to fall into the Spurs’ draft pick range unless he develops a consistent jumper out of nowhere. That’s the major part of his game that’s missing, but he has the tools to be great in most other facets of the game as it stands now.