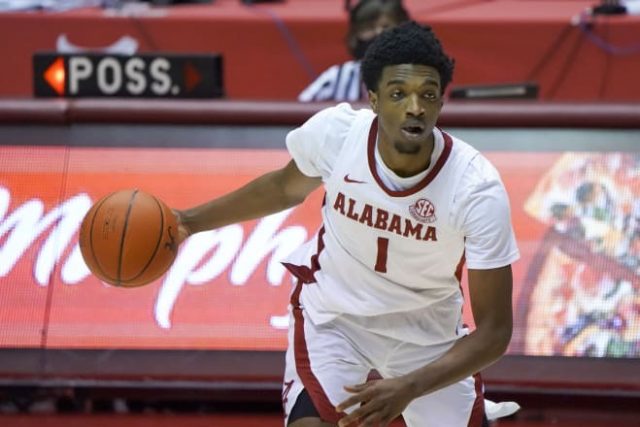 The San Antonio Spurs have enjoyed their All-Star Break and now it’s time to get back to business. They are currently a playoff team and so they will likely be picking outside of the lottery and fairly late in the second round. And so, this week’s prospect is Alabama senior Herb Jones.

The 6-foot-8, 210-pound lefty point-forward has been a strong and versatile defender. He’s somewhat limited offensively, but knows his role and plays it quite well. He’s on the older side as a senior in college, but could help out a team defensively and even as an extra ball handler. In fact, he has a little Boris Diaw in his game, with the difference of being in better shape. Here are some of his stats from this past season in 30 games.

Jones accumulated some accolades for his play this year, including being named the captain of Seth Davis’s All-Glue Guy Team as well as the SEC Player of the Year and SEC Defensive Player of the Year. That should tell you how just good Jones could be at the next level. He was awarded those titles by being able to guard one through five and even play all five positions on offense.

The biggest strides Jones has taken are in his shooting. He is still a low volume three-point shooter, but he is much more efficient from there as he shoots over 40 percent from beyond the arc. He is also over 70 percent from the charity stripe after shooting under 63 percent last season. This should give him the chance to become an instant 3-and-D guy in the NBA.

The most valuable skill he has is that he can guard multiple positions and do so at a high level. He’s been asked to guard the opposition’s best player as well as their worst player so that he can play free safety. He excels in both roles, which should not be taken lightly.

Jones has been mocked as a second round pick and would likely be a major steal if he falls to the Spurs that late in the draft. He could be someone who comes in and contributes immediately as a wing player, but could also be a G-League standout while he is putting on some more weight to play at the next level.