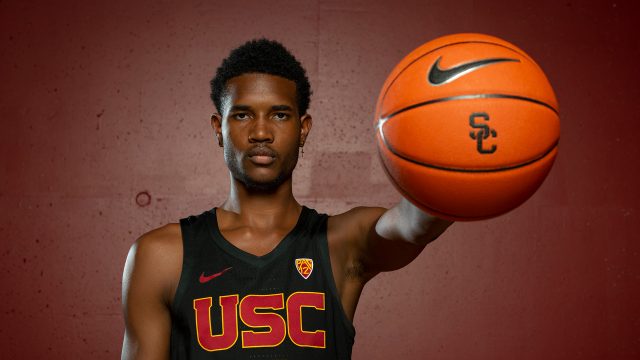 San Antonio has gotten its season started off pretty well and has looked good in its early contests. The Spurs, and certainly the fans, are enjoying the play from the young guns like Lonnie Walker IV, Keldon Johnson, and Dejounte Murray. You know what would be even better though? Adding a big man who can run with them and has the offense to boost too. USC’s Evan Mobley definitely falls into this category.

The 7-foot, 215-pound center has a lot of game that will translate to the next level. He can already handle the ball pretty well for someone his size and can initiate his own offense as well as find others when he inevitably gets double-teamed. You can get an idea of how good he might be with his stats far this season.

Mobley is a fluid athlete, but has not shown that he can defend out on the perimeter yet. There is potential for him to show that off for the Trojans this season as PAC12 play ramps up this month. He runs incredibly well, is coordinated, and has become an excellent lob target.

He’s also shown some nice flashes of shooting as he’s averaging over 40 percent from beyond the arc, albeit in a small sample size. His mechanics are fine, but he will have to speed up his release a bit when he gets to the NBA. When he’s left open, he’s a strong and reliable shooter.

Mobley has gotten Chris Bosh comparisons with the caveat that he is a better rim protector at this stage already. He can also handle the ball in the open floor, helping to start fastbreaks right off his own rebound. He is also an excellent rebounder on both ends of the court.

The freshman is wise beyond his years, on the court at least, and more often than not makes the right play. He is a willing passer out of double and triple-teams who finds open teammates as they get open. He’s an exciting watch and makes staying up for West Coast games worth it. He is likely a top-5 pick in 2021’s NBA Draft.