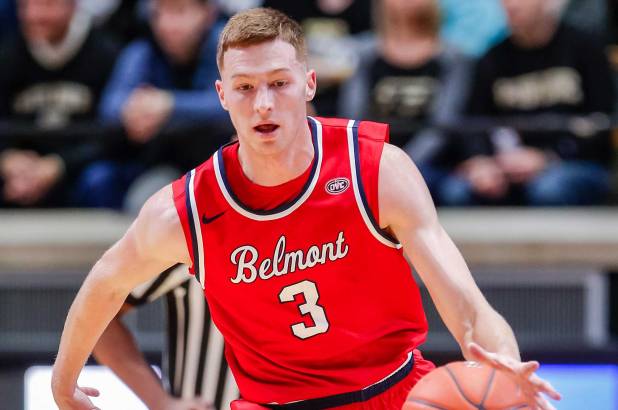 The San Antonio Spurs have 43 wins on the season and are looking very much playoff-bound. This will inevitably lead to a late pick in the 2019 NBA Draft and hopefully a steal in the second round too. I’m here to help you figure out who to keep an eye on come June and this week’s prospect watch features a mid-major stud who should be available in the second round.

Belmont forward Dylan Windler’s season was just ended this weekend by Maryland, but he did go out with a bang. He torched the Terrapins for 35 points and 11 rebounds on 11-of-23 shooting and was a matchup nightmare. While it wasn’t enough to win, it was certainly enough to get noticed by scouts and get some love on mock draft boards. The 6-foot-8, 200-pound forward should be getting some pre-draft workout invites now and could open some eyes in the months leading up to the draft. Here are some of his stats for reference:

Windler has gotten better each year at Belmont and garnered a ton of defensive attention from other players this season because of his vastly improved game. That extra attention he demands on defense has not slowed him down and he has actually gotten better off the ball because of it. He’s become an effective slasher and cutter, which has allowed him to become even more efficient in his scoring. He’s able to get so many cuts around the rim because of his ability to shoot, especially in spot-up situations where he excels. He not only shoots well from beyond the arc, but he has major range beyond the arc as you never see him hugging the line when he shoots it.

The senior ended up guarding a lot of guys in the post because of the conference he played in, but he should be fine at the next level guarding two or three different positions (2 to 4). He is a bit quicker than people give him credit for, but could still struggle with the smaller end of his defensive spectrum. He will definitely have to gain some strength in order to play solid defense at the NBA level, but he should be able to contribute on offense right away. He would make for a good, reliable shooter and role player.

Stashing Windler away with a second round pick would be a great look for the Spurs and allow them to get him to Austin for some much-needed bulking up and experience playing at a higher level. Should he prove too good for that competition, then you can certainly expect a call up in his future. However, his defense will be the biggest thing to keep an eye on as he has not really seen NBA speed from guys he’s had to defend in his career.