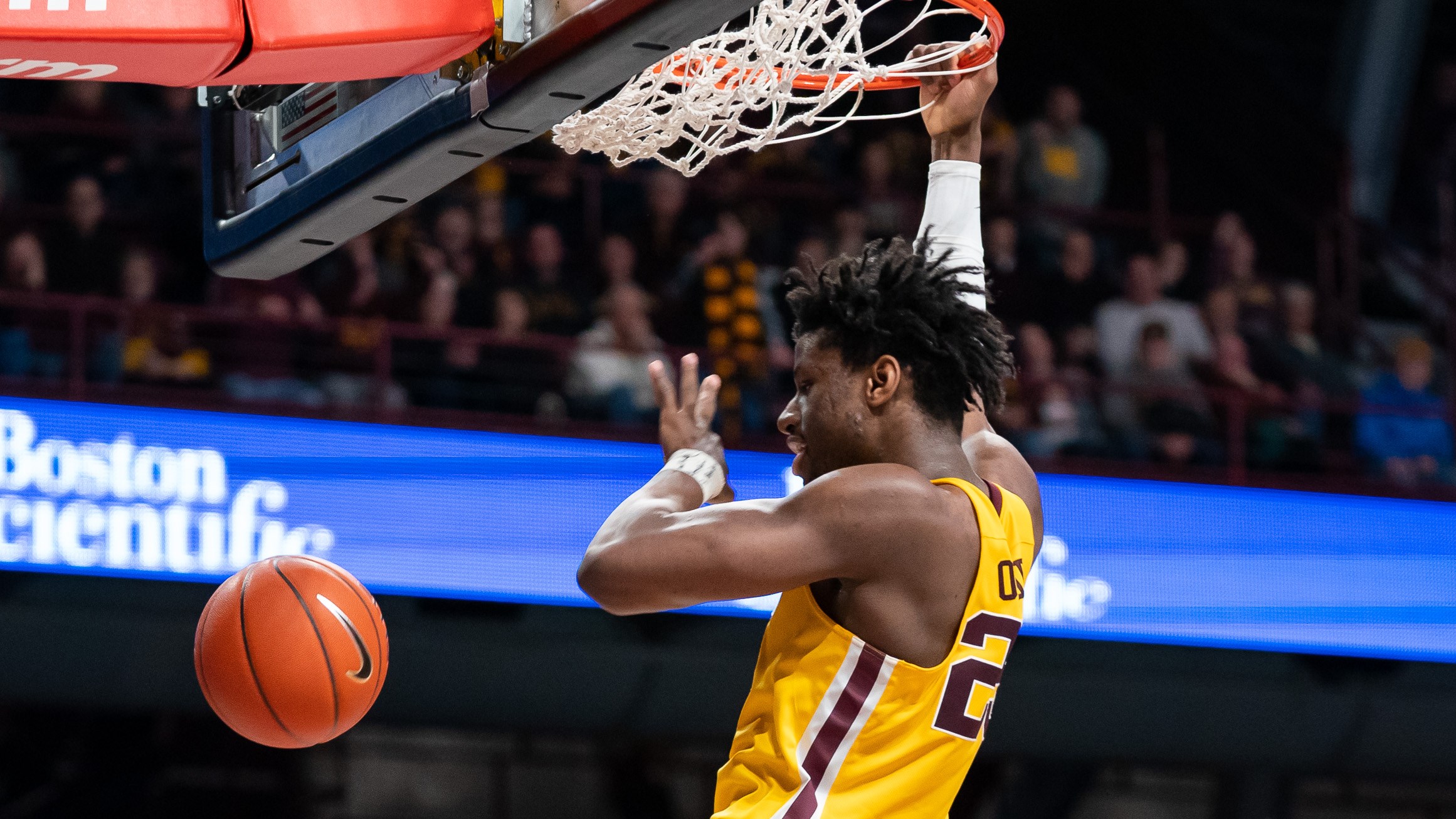 The San Antonio Spurs are starting to put together a solid string of games and look to be making their way out of the NBA Draft Lottery. Having said that, there are definitely some good players to be drafted outside of that range including Minnesota sophomore Daniel Oturu.

The 6-foot-10, 240-pound center has a lot of nice things about his game that he’s greatly improved on in college. Of course, there are a few things he has to work on a bit, but nothing that can’t be fixed or developed under decent coaching. With all of that said, here are his stats so far this season:

Oturu is a terrific rebounder on both ends of the court and is a strong finisher when he gets around the rim. He has the ability to take big men off the dribble with a straight line drive and he has a nice little spin move too when he’s near the rim. He has a solid post-up game and a nice baseline spin move he likes to use on slower defenders.

The sensational sophomore is an improving shooter and is becoming more comfortable in the mid-range as well as from beyond the arc. It would require a lot of patience, but the payoff could certainly be worth it for this team. Having his defense along with his growing offensive arsenal would be a huge boon in the coming years.

While Oturu is still figuring out how to get it done offensively, he has the defensive end of the court pretty much locked up. He moves his feet well, stays down when switched onto guards and relentlessly goes after rebounds.

He is a good shot-blocker thanks to his wingspan (7-foot-3) and he is excellent in the pick-and-roll or pick-and-pop game. He dives to the basket well and is a good target and sometimes he pops out and now that he’s able to hit the mid-range he is a considerable threat almost anywhere on the floor.

This young Gopher big who can shoot and spread the floor is the kind of player that is invaluable in the NBA right now. He is mocked all over the place, including early in the second round. However, he is moving his way up draft boards and could see himself get picked just outside the lottery thanks to this draft class being perceived as a weak one.