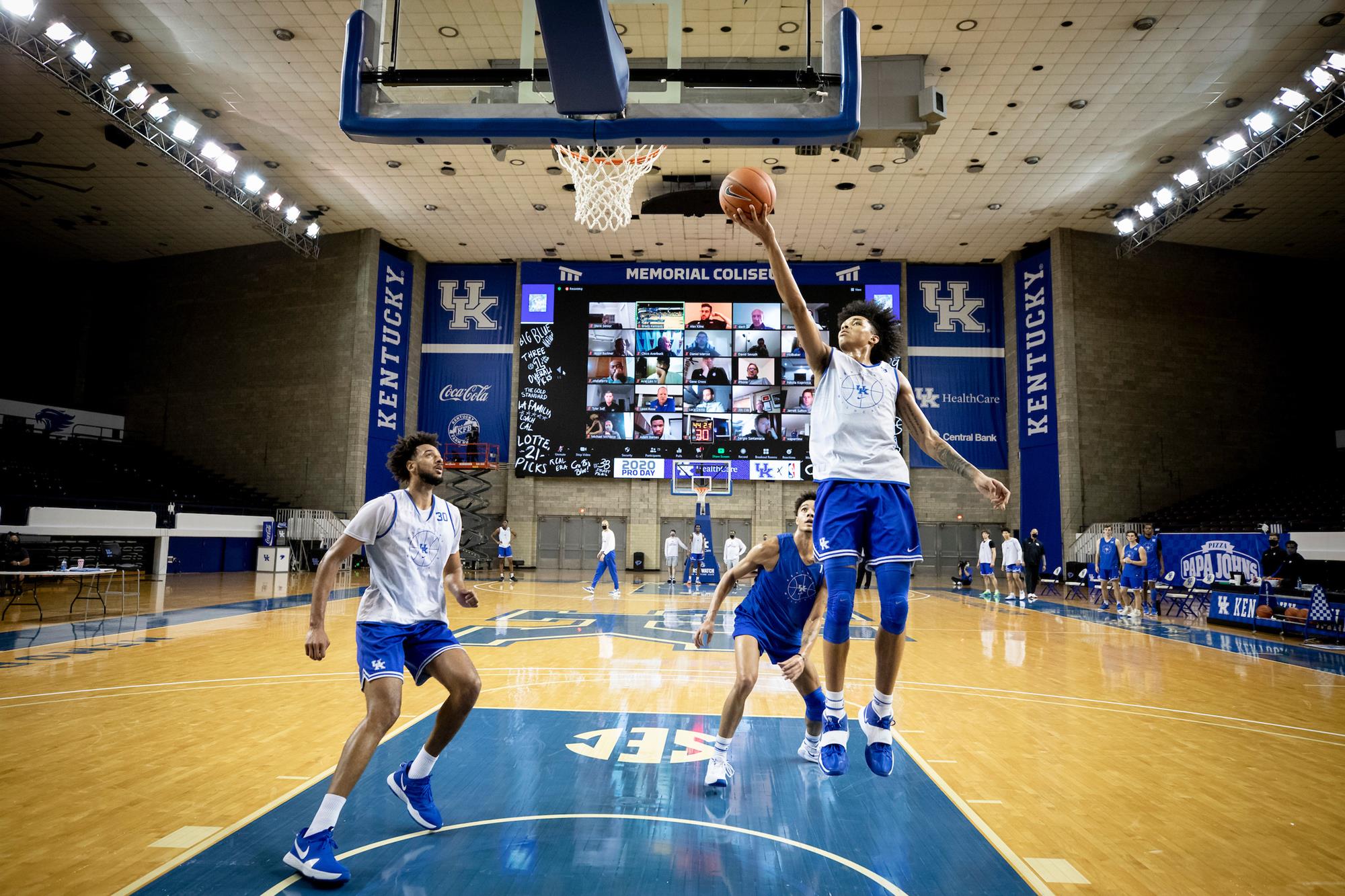 The preseason has officially tipped off and the San Antonio Spurs look like they might need some help in the 2021 draft. That’s why they brought me here (as Paul Pierce might say). This week’s prospect to watch is Kentucky wing BJ Boston.

The 6-foot-7, 185-pound wing man is another five-star recruit who has struggled out of the gate this season. His shot has not been falling like it did in high school and for what it’s worth, it seems that the entire Kentucky team is struggling as they are 1-5 and look absolutely baffled on offense. Before we get further into it, here are Boston’s stats so far this season.

I expect those numbers to change drastically for the better as the season continues. However, it will be worth an update and keeping on his shooting as this season develops. He looks like he shoots with good form, doesn’t rush his shots, and doesn’t have a load-up mechanism. But for whatever reason, the ball just isn’t finding the bottom of the net for him yet.

Boston has shown that he can handle the ball well enough to get by most defenders and get to his mid-range jumper, if not the rim. He has struggled to finish at the rim this year because he is not quite strong enough to get through a defender and still complete his shot at hoop.

The kid with the 6-foot-10 wingspan is not quite utilizing all of that length on defense and that’s where concerns rise. He’s gotten beat off the dribble often and it’s unclear who he could really guard at the next level right now. He showed good instincts and abilities in high school, but that hasn’t translated at the collegiate level yet. Boston can get lost at times on defense, but when he is attentive and giving good effort, he plays passing lanes well and can cause some serious problems.

There are absolutely some fixes that need to happen with Boston’s game before he can truly be declared a top-10 pick in 2021, but there’s plenty of time left in this season. He has the potential to be a great spot up shooter as well as shot creator, and even has the green light in Calipari’s offense to do so. He just has to actually hit shots at some point or he will find himself slipping drastically in mock drafts in the coming months.