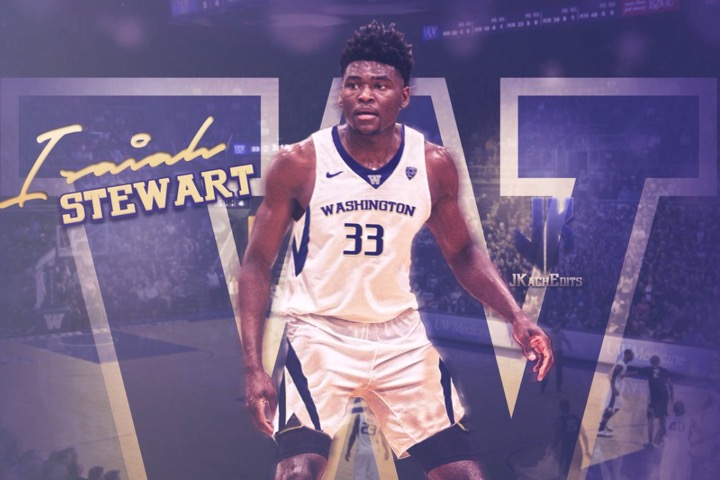 The San Antonio Spurs will likely avoid picking in the lottery when the 2020 NBA Draft comes around. However, we at Project Spurs like to have everything covered and so we have some lottery prospects to watch for this upcoming season. This week’s prospect is Washington freshman Isaiah Stewart.

The 6-foot-9, 240-pound big man is raw offensively and has plenty to work on both in the post and outside of the paint. He has shown the ability to step out and potentially hit shots from beyond the arc, but his form needs some tweaking. There are some more tweaks to his game, but he does have a lot going for him too.

I was able to speak with Karl Schoening, the broadcast director for SHN Sports, who actually saw Stewart play with Washington for their overseas trip. Here’s what he had to say about Stewart’s play and how he believes he will fit in with the Huskies this season.

Against Pistoia [an Italian team] he had a little bit of push back going against one of their big men that Stewart was still bigger and more athletic [than]. Overall, Stewart will have some bad habits he was able to get away with in high school that either need to lead to improving his skills such as ball handle and pass off the dribble or he will have to learn how to spark a fast break with an outlet pass and try to run. Defensively he didn’t look bad, but all around he is really raw. His shot seems to be unorthodox, but he was willing to stretch outside of the paint at least once per game. He even hit a couple 3s. He’s better off improving all facets of his game than just his current strengths of post play. We’ll see what kind of opportunity he has to improve those weaknesses because he comes in with a star-studded freshman class.

One of the members of that class includes Jaden McDaniels, brother of Jalen McDaniels, along with two other players. Washington and the Pac 12 as a whole are expected to be improved this season so Stewart can expect to face some stiff competition and get a feel for how he might fit at the next level.