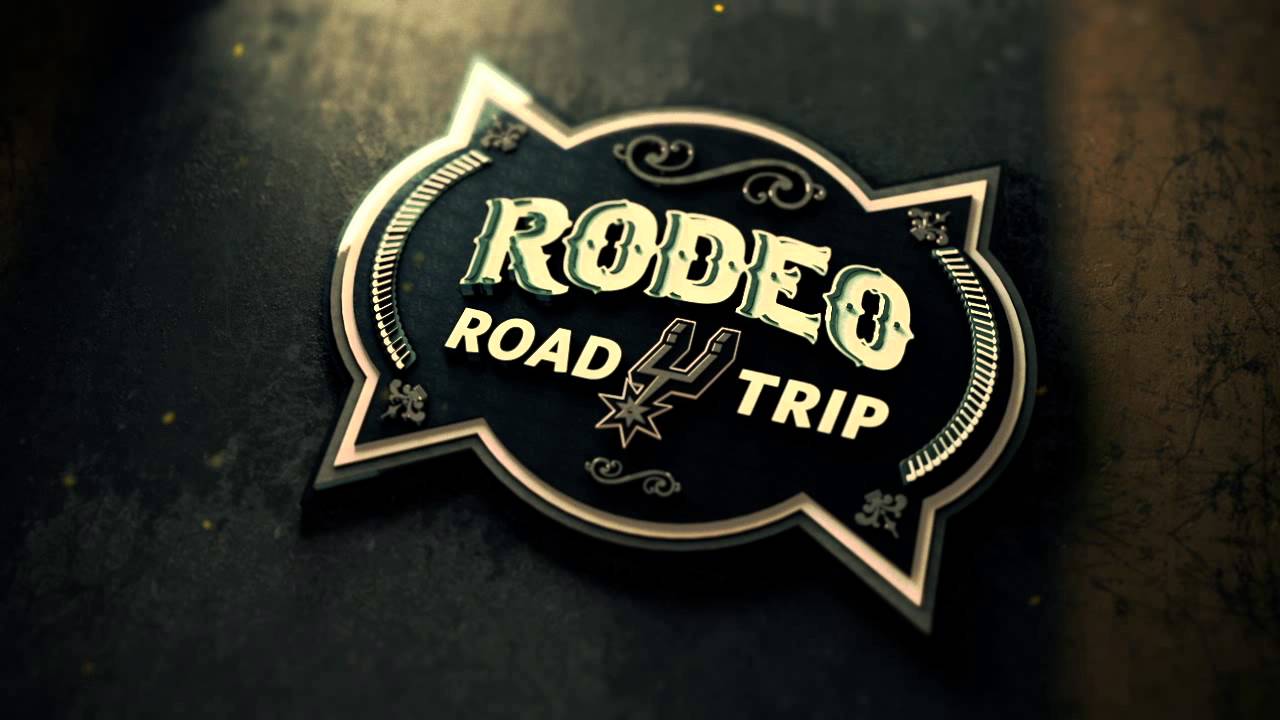 Heading into the nine-day All-Star break, the San Antonio Spurs are 23-31 and currently sitting 10th in the Western Conference, five full games behind the Memphis Grizzlies who hold the 8th and final playoff spot. 54 games into the season the Spurs have crossed the 30 loss threshold. For context, last year the Spurs didn’t lose their 30th game of the season until March 22nd… yeah… Happy Valentines Day…

The problem with being a month & a half ahead (or behind) schedule, is that February is the ONE time of year where Spurs Basketball doesn’t reign supreme. See it’s often said that, “Rodeo is the official sport of Texas” and every February for the past 17 years, San Antonio has sacrificed home-court advantage in the name of Cowboys, Concerts & Bar B Que.

However this season is different, the trip is particularly ill-timed, as you could argue the Spurs need some home court now more than ever.

If you try explaining the Rodeo Road Trip to a casual NBA fan, or maybe someone who isn’t from San Antonio, you’ll realize how truly Texan the logic behind the tradition is. The 5 time NBA Championship organization, the crown jewel of the city of San Antonio is figuratively (and quite literally) evicted from its home arena to host the San Antonio Stock Show & Rodeo.

The team will only play three home games in the month of February. Home-court advantage is key in just about any sport, even more so given the passion and devotion Spurs fans bring to every home game.

So you would assume the city’s only professional sports team would have precedent in its home arena, especially after hanging five championship banners in the AT&T Center rafters. However, hanging just to the right of those championship banners are 7 more. Between 2005-2018 The San Antonio Stock Show & Rodeo was awarded the PRCA “Large Indoor Rodeo of the Year”

13 consecutive years; you could call that a dynasty of another sort. I guess winning four titles in eight years doesn’t quite compare, as the Spurs again are on the road for the annual Rodeo Road Trip.

The team is six games into the eight-game stretch, with a record of 1-5 on the road. 18,000 fans chanting “Go Spurs Go” sure would sound nice right about now. Of the seven teams the Spurs play on this trip, five made the playoffs last season. The Lakers & Kings the two teams that missed the playoffs.

Ironically, both handed the Spurs 20 point losses. Less humorous were the blown 4th quarter leads against the Clippers & Trail Blazers, and as Denver sardonically whipped away the Spurs 23 point lead. With that, the trip is shaping out to be one of the worst in recent history.

Technically, its not the most daunting Rodeo Road Trip the Spurs have faced. In both 2003 and 2008, San Antonio faced six playoff-bound teams. As well as 2007 when all eight road opponents would go on to make the playoffs. The Spurs finished 4-4 that season;

And of course, we all remember how the Spurs 2007 championship run ended.

The Spurs finished 1-7 on last year’s trip, yet still made the playoffs as the 7th seed.

Still, San Antonians have been tempted to abandon hope during the home game drought.  At this point, the trip is slowly becoming a metaphorical trek through an old western desert.

The All-Star break is beginning to look like a well of water; The Feb 26 home return against Dallas seems like a mirage.

Let’s say (purely for clickbait) I suggest San Antonio get rid of The Rodeo Road Trip?

Imagine the Spurs decide the logistics are more than worth the competitive advantage they give up every season. Before we do all that we should acknowledge that this year’s team has already lost at home to 4 of the 7 opponents on the schedule.

The Lakers won both of their games on the road in San Antonio.

The Spurs have given up home losses to the Clippers, Thunder & Trail Blazers, and needed overtime to finish off the Kings back in December…

So before anyone goes blaming turkey legs & roasted corn for the Spurs’ troubles, maybe we should take a look at the numbers. Because the San Antonio Stock Show & Rodeo isn’t going anywhere, and neither is the Rodeo Road Trip.