Wilkins is a 9-year pro and played with the 76ers last season. For his career, he has averaged 6.3 points, 1.4 assists, 2.4 rebounds and shot 42 percent from the field.

The report did state have been impressive in workouts. Despite the impressive showing at workout, no deal has been offered to Damien according 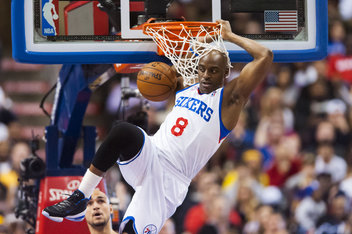 Wilkins is a 6'6", 225 lbs., and 33-years old. He has played for Seattle, Oklahoma City, Minnesota, Detroit, Atlanta and as mentioned before, Philadelphia.

With the Spurs still needing some help at the forward spot, (and having one roster spot left) Wilkins could be a viable option. He is a solid role player, would fit in well with San Antonio and is a veteran player – the type the Spurs covet.

What do you think about Wilkins Spurs fans?