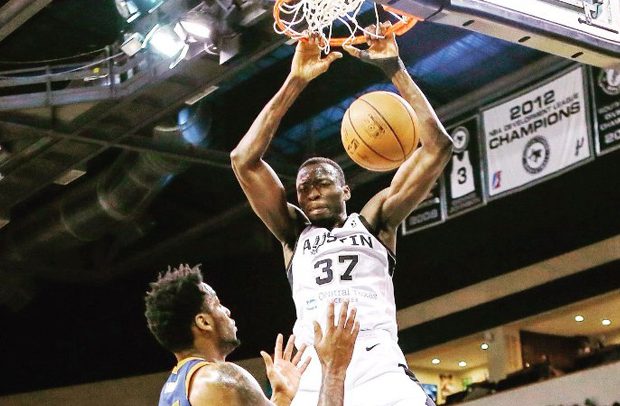 According to Keith Smith of RealGM, the San Antonio Spurs have signed Amida Brimah and Julian Washburn to training camp contracts.

Brimah played for the Austin Spurs team last year that won the G-League championship. He was named to the G-League’s All-Defensive Team, and he was also on the Spurs’ summer league team, where he displayed his size and athleticism that made him a rim protector in Austin.

Washburn is a 6-8 forward, who had two stints in Austin. The Spurs signed him back in October of 2015 before waiving him. Most recently, he played for the Canterbury Rams during the New Zealand NBL season.

“Julian can flat out guard. I’ve told people before, I think he’s the best defender in this league,” Ahearn said. “He knows what his role is to help the team and he does it every single night, and it’s great to have guys like that.”

As Smith noted, both players are signing exhibit 10 deals, which makes them eligible to sign two-way contracts if they are released, however as we reported yesterday, one of those spots is already taken with Drew Eubanks signing a two-way contract with the Spurs.