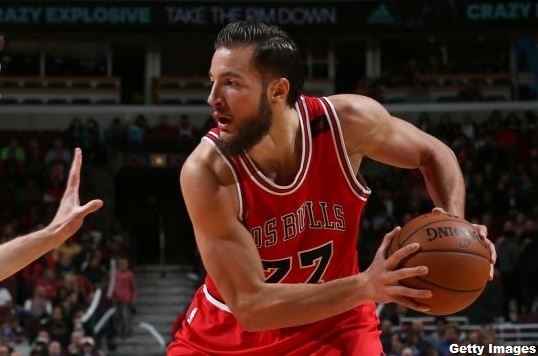 According to Shams Charania of the Vertical, free agent forward/center Joffrey Lauvergne has agreed to a deal with the San Antonio Spurs.

The deal will be for two-years, but the financial numbers have yet to be revealed.

In his short 3-year NBA career, Lauvergne has played for three teams, the Denver Nuggets, Oklahoma City Thunder, and most recently with the Chicago Bulls. In his NBA career, Lauvergne has averaged 6.1 points, 4.0 rebounds and he has shooting splits of 47% FG, 29% 3PT, and 74% FT. Lauvergne doesn’t go out beyond the 3-point line more than once per game, but that could change in some of the Spurs’ spread pick-and-roll attacks.

With Lauvergne on board, the Spurs will now carry 12 guaranteed contracts. The team will have three roster spots remaining in the event Pau Gasol, Manu Ginobili and Jonathon Simmons re-sign.