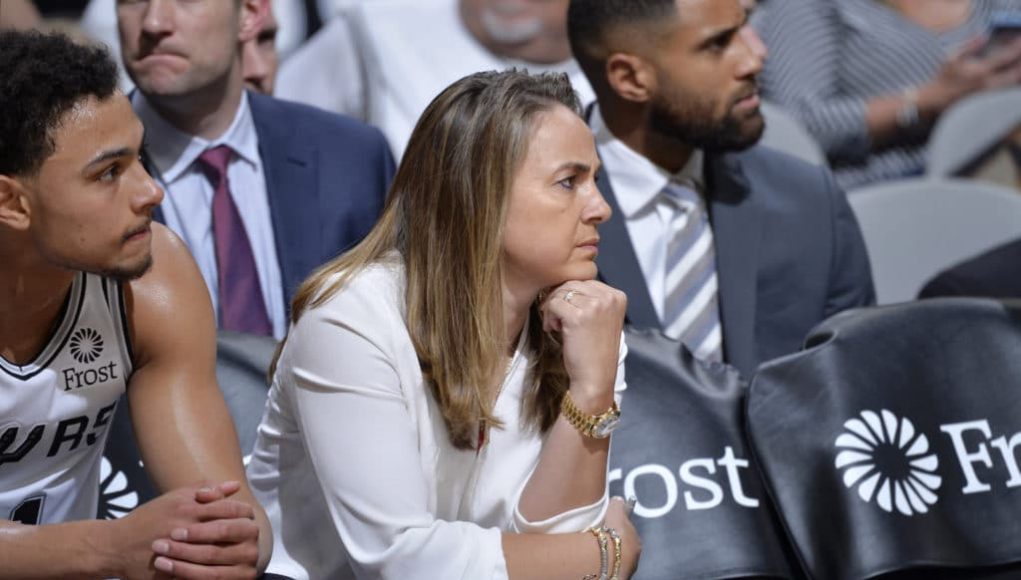 Are the San Antonio Spurs about to lose another assistant coach?

Hammon has been a part of Gregg Popovich’s staff in San Antonio since 2014 when she was hired as the first full-time female assistant coach in NBA history and across the four major sports. She led the Spurs Summer League team to a Las Vegas Summer League Championship in 2015 and most recently, became Popovich’s top assistant following the departures of assistants Ettore Messina and Ime Udoka.

Young’s sources stated Hammon would be interested in the job only if she could land long-term deal, likely between four to five years. The Knicks gave long term deals to Derek Fisher, Jeff Hornacek, and David Fizdale but all three were fired before their contracts were up.

This is not the first time Hammon’s name has been brought up for a coaching job. In the summer of 2018, she interviewed for the Milwaukee Bucks coaching job and she was a finalist for the Florida Gators women’s basketball head coaching position.